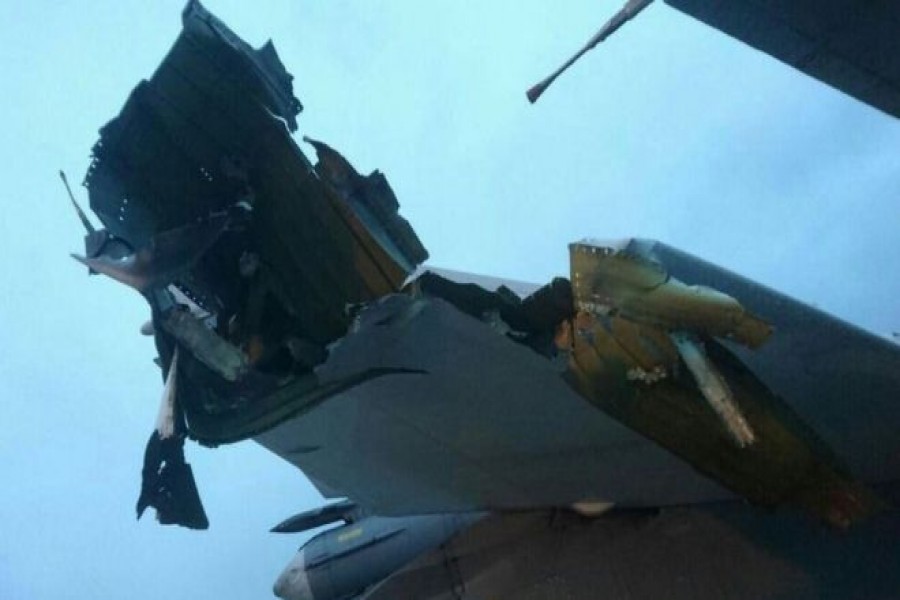 Russian forces have thwarted a drone attack on an airbase in Syria just days after reports that rebel shelling had damaged several planes, activists say.

The attempt to bomb the Hmeimim base near the north-western city of Latakia on Saturday was thwarted when unmanned aircraft were shot down, the Syrian Observatory for Human Rights reports.

Two Russian servicemen were killed when the base was attacked on 31 December, reports BBC.

The coastal Hmeimim airbase is at the core of Russia's war effort in Syria.

On Saturday the Syrian Observatory for Human Rights (SOHR), a UK-based monitoring group, said the base was targeted by drones belonging to an "Islamist faction" operating in the area, citing sources.

No casualties or details of damage to the airbase have yet been reported, the SOHR added.

The UAVs featured an engine taped to a wooden frame, which carried two "home-made mines", it added.

Russia has not yet commented on the reports.

Speaking to the BBC, Mr Saponkov said that the photos came from a reliable anonymous source.

Russia's defence ministry acknowledged the attack on 31 December, adding that two servicemen had been killed, but denied that any jets had been disabled.

The attackers were described as "Islamist extremists".

Last month, Russian President Vladimir Putin visited the Hmeimim airbase and announced the withdrawal of some of the country's troops from Syria.

Hmeimim is Russia's main base for air strikes on rebel groups in Syria - strikes that have enabled President Bashar al-Assad's forces to recover much lost ground.

Russian air strikes are said to have killed many civilians, though Moscow insists that it only targets rebel "terrorist" fighters.

The Russian military says it has now beefed up security at Hmeimim. The base already has long-range anti-aircraft missiles but it appears that rebels were able to get close enough to the perimeter to fire mortar rounds.