Russia expels 60 US diplomats in tit for tat move 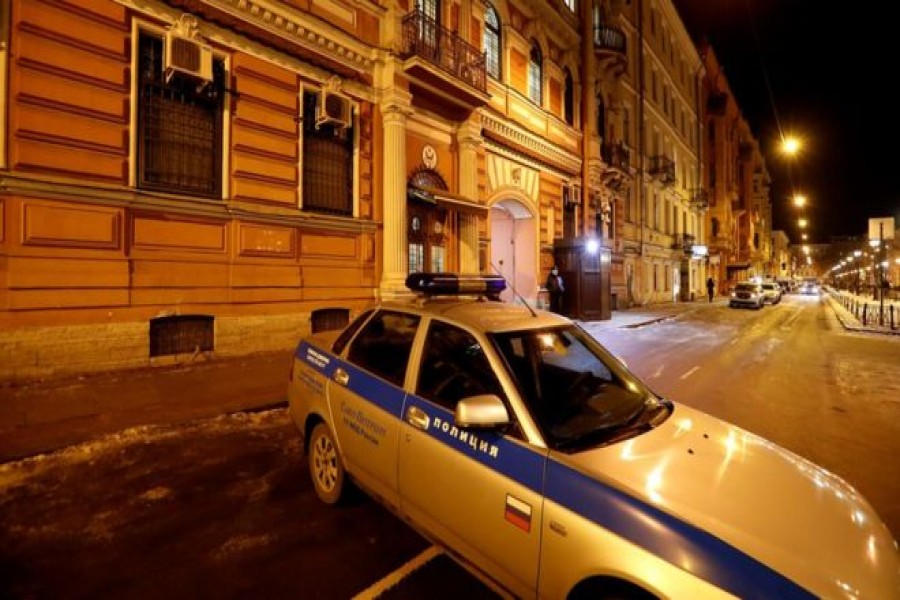 The US Consulate in St Petersburg is to be closed.

Russia has expelled 60 US diplomats and closed the St Petersburg consulate in a tit-for-tat response to US action over a spy poisoning case in the UK.

On Friday, several ambassadors from Western countries were summoned to the Russian foreign ministry, reports BBC.

The move comes amid a row over the nerve agent attack on a former Russian spy and his daughter in the UK.

Sergei Skripal and his daughter Yulia were found unconscious on a bench in the city of Salisbury on 4 March, and the UK government has blamed Russia for the attack.

Russia has vehemently denied any role in the Salisbury attack. Mr Skripal remains in a critical but stable condition. His daughter's condition is said to be improving.

More than 20 countries have expelled Russian envoys in solidarity with the UK. Among them is the US, which earlier this week ordered 60 diplomats to leave and closed the Russian consulate general in Seattle.

Russia declared 58 US diplomats in Moscow and two in the city of Yekaterinburg to be "personae non gratae".

Foreign Minister Sergei Lavrov said US ambassador Jon Huntsman had been informed of the "retaliatory measures".

"As for the other countries, everything will also be symmetrical in terms of the number of people from their diplomatic missions who will be leaving Russia," he added.

The Russian foreign minister also accused Britain of "forcing everyone to follow an anti-Russian course".

He said Moscow was responding to "absolutely unacceptable actions that are taken against us under very harsh pressure from the United States and Britain under the pretext of the so-called Skripal case".

He reiterated Russian calls for consular access to Yulia Skripal - a Russian citizen.

Russia, he said, was also seeking a meeting with leaders of the Organisation for the Prohibition of Chemical Weapons (OPCW) to "establish the truth".