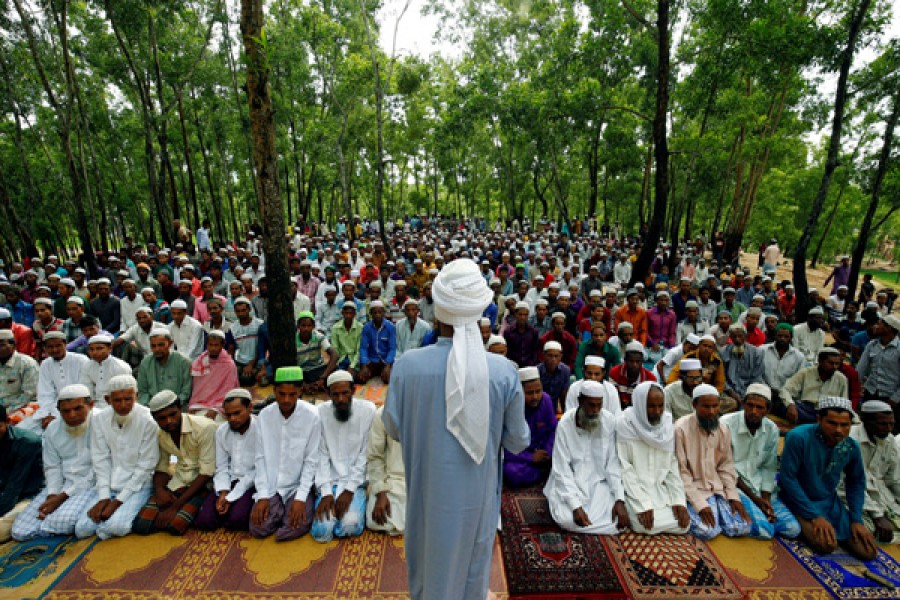 The Rohingya community celebrated Eid amid escalated tensions in Bangladesh, according to a report published in http://www.newsnation.in

Myanmar's Rakhine has forced scores of Rohingya- a stateless ethnic minority to seek refuge in Bangladesh.

In a five-year crisis, it is the deadliest incidents that have divided Rakhine along ethnic and religious lines, dislocated the Rohingya in vast numbers and piled up International condemnation on Myanmar's army and the government of Aung San Suu Kyi.

"I had everything at my home... but now I've become a refugee. There's nothing much to celebrate. Yet it is our duty to perform the Eid prayer," said 39-year-old Makbul Hossainwho made the dangerous crossing from Rakhine to the Bangladesh border town of Cox's Bazar last week.

Goats, sheep, and cows are slaughtered worldwide to celebrate the major Muslim festival of Eid-ul-Adha, which is known as the Feast of the Sacrifice.

"I used to sacrifice my own animals during Eid," said 60-year-old farmer Deen Mohammad. But he was forced to flee for his safety after the latest round of violence erupted late August when Rohingya militants warmed police posts, killing 15 officials and burning villages.