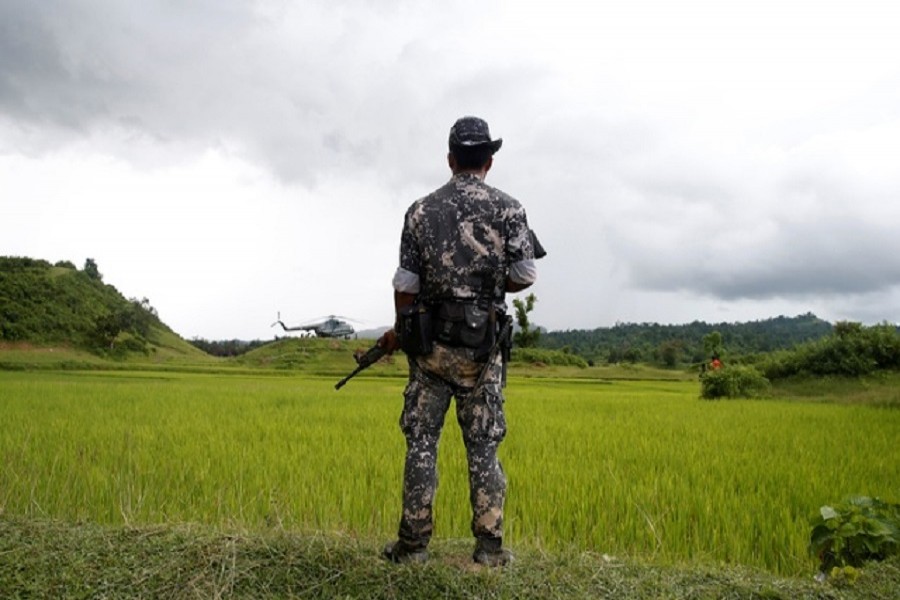 Muslim Rohingya insurgents said on Saturday they are ready to respond to any peace move by the Myanmar government but a one-month ceasefire they declared to enable the delivery of aid in violence-racked Rakhine State is about to end.

The Arakan Rohingya Salvation Army (ARSA) did not say what action it would take after the ceasefire ends at midnight on Monday but it was “determined to stop the tyranny and oppression” waged against the Rohingya people.

“If at any stage, the Burmese government is inclined to peace, then ARSA will welcome that inclination and reciprocate,” the group said in a statement.

When the ARSA announced its one-month ceasefire from Sept. 10, a government spokesman said: “We have no policy to negotiate with terrorists.”

The rebels launched coordinated attacks on about 30 security posts and an army camp on Aug. 25 with the help of hundreds of disaffected Rohingya villagers, many wielding sticks or machetes, killing about a dozen people.

In response, the military unleashed a sweeping offensive across the north of Rakhine State, driving more than half a million Rohingya villagers into Bangladesh in what the United Nations branded a textbook example of “ethnic cleansing”.

Myanmar rejects that. It says more than 500 people have been killed in the fighting, most of them “terrorists” who have been attacking civilians and torching villages.

The ability of the ARSA, which only surfaced in October last year, to mount any sort of challenge to the Myanmar army is not known but it does not appear to have been able to put up resistance to the military offensive unleashed in August.

Inevitably, there are doubts about how the insurgents can operate in areas where the military has driven out the civilian population, cutting the insurgents off from recruits, food, funds and information.

The ARSA accused the government of using murder, arson and rape as “tools of depopulation”.

In an interview with Reuters in March, ARSA leader Ata Ullah linked the creation of the group to communal violence between Buddhists and Muslims in Rakhine in 2012, when nearly 200 people were killed and 140,000, mostly Rohingya, displaced.

The group says it is fighting for the rights of the Rohingya, who have never been regarded as an indigenous minority in Myanmar and so have been denied citizenship under a law that links nationality to ethnicity.

The group repeated their demand that Rohingya be recognized as a “native indigenous” ethnic group, adding that all Rohingya people should be allowed “to return home safely with dignity ... to freely determine their political status and pursue their economic, social and cultural development”.

The Rohingya have long faced discrimination and repression in Rakhine State where bad blood between them and ethnic Rakhine Buddhists, stemming from violence by both sides, goes back generations.

The ARSA condemned the government for blocking humanitarian assistance in Rakhine and said it was willing to discuss ceasefires with international organizations so aid could be delivered.

Some 515,000 Rohingya have fled to Bangladesh but thousands remain in Rakhine.

Myanmar leader Aung San Suu Kyi has faced scathing criticism for not doing more to stop the violence, although a military-drafted constitution gives her no power over the security forces.

Suu Kyi has condemned rights abuses and said Myanmar was ready to start a process agreed with Bangladesh in 1993 by which anyone verified as a refugee would be accepted back.

Many refugees fear they will not have the paperwork they believe Myanmar will demand to allow them back.