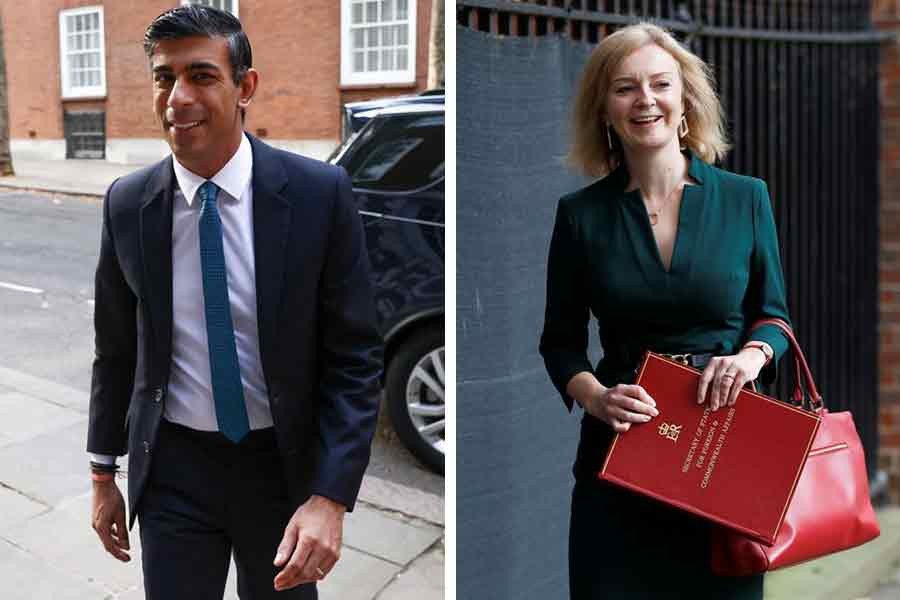 Britain’s former finance minister Rishi Sunak and foreign secretary Liz Truss will battle it out to become next prime minister of the country after they won the final lawmaker vote, setting up the last stage of the contest to replace Boris Johnson.

Graham Brady, chairman of the 1922 Committee of backbenchers, announced that Rishi Sunak and Liz Truss had made it to the run-off to decide the Conservative Party's next leader, reports Reuters and BBC.

Truss overturned Ms Mordaunt's narrow lead in the final vote among Tory MPs, securing a place in the run-off by 113 votes to 105.

She will now go head-to-head with Mr Sunak, who topped the final ballot with 137 votes.

Sunak has led in all rounds of the voting among Conservative lawmakers, but it is Truss who seems to have gained the advantage so far among the 200,000 members of the governing party who will ultimately choose the winner.

Whoever triumphs when the result is announced on Sept. 5 will inherit some of the most difficult conditions in Britain in decades. Inflation is on course to hit 11 per cent annually, growth is stalling, industrial action is on the rise and the pound is near historic lows against the dollar.