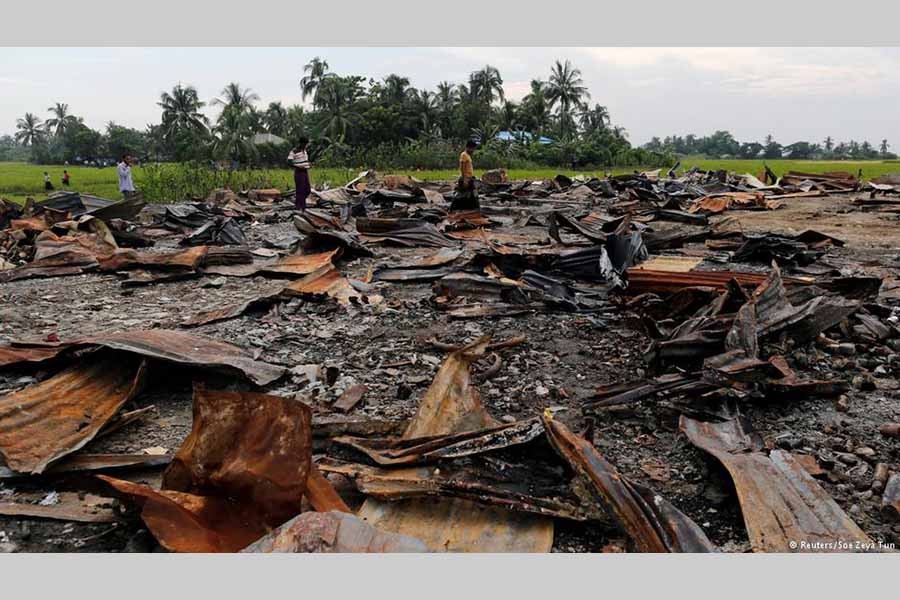 Rights groups branded Myanmar army’s actions as "whitewash" and wants UN and independent investigations into the country, says a report on Reuters.

Pramila Patten, the UN special representative of the secretary-general on sexual violence in conflict, said she would raise accusations against the Myanmar military with the International Criminal Court in the Hague.

The military, known as the Tatmadaw, has consistently protested its innocence, and on Monday it posted the findings of an internal investigation on the Facebook page of its commander in chief, Senior General Min Aung Hlaing.

"The Burmese military’s absurd effort to absolve itself of mass atrocities underscores why an independent international investigation is needed to establish the facts and identify those responsible," said Brad Adams, Asia Director at Human Rights Watch (HRW) in a statement.

Earlier on Monday, Myanmar army released a report denying all allegations of atrocities that drove more than 600,000 Rohingya Muslims to flee to Bangladesh.

A senior UN official, who visited the refugee camps in Bangladesh, on Sunday accused Myanmar’s military of conducting organised mass rape and other crimes against humanity.

The Myanmar military in their investigation cleared its security forces of all accusations of atrocities.

The investigators’ findings were posted on the Facebook page of the military’s commander-in-chief, Senior General Min Aung Hlaing.

The military's self-defence came as US Secretary of State Rex Tillerson prepared to visit Myanmar on Wednesday for talks with the country's leaders.

Tillerson and Aung San Suu Kyi, the head of a less than two-year-old civilian administration that has no control over the military, met in Manila on Monday, where they were both attending a regional summit.

US senators in Washington are already pressing to impose economic sanctions and travel restrictions targeting the military and its business interests.

Tillerson is expected to deliver a stern message to Myanmar's generals, while supporting the transition to democracy.