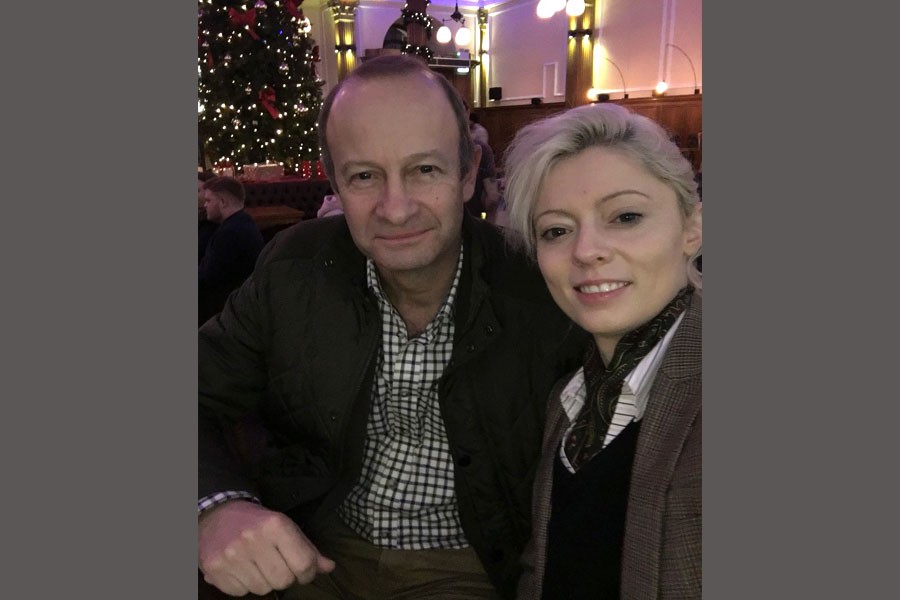 The UK Independence Party (UKIP) has suspended the girlfriend of party leader Henry Bolton after she apparently made racist remarks about Prince Harry's fiancee Meghan Markle.

The Mail on Sunday has published a series of messages sent by Jo Marney.

In them, the 25-year-old model said Markle would "taint" the Royal Family, that she had a "tiny brain" and that black people were ugly.

Marney apologised and said her messages had been taken out of context, according to a BBC report.

Marney sent the messages three weeks before her relationship with Bolton started.

When a reply to one of her messages suggested her comments were racist, she added "so what?" and said she did not want other races invading her culture.

In a statement to the newspaper Marney said: "I apologise unreservedly for the shocking language I used.

"The opinions I expressed were deliberately exaggerated in order to make a point and have, to an extent, been taken out of context. Yet I fully recognise the offence they have caused."

UKIP has confirmed Marney has been suspended but some members have called for her permanent removal from the party.

Former deputy leader of the party, Peter Whittle, wrote: "These are disgraceful remarks.

"This person should not just be suspended... but expelled altogether."

Bolton, 54, confirmed his relationship with Marney in a letter to UKIP supporters earlier this month, after splitting up with his wife.

He denied he had been involved in a "clandestine affair".

Speaking to Daily Politics on Friday, he said he did not want the publicity his relationship with the former glamour model had attracted.

"You have destroyed your own family; don't destroy our political one too," he wrote.

Bolton - a former army officer - took over as UKIP leader in September.

He replaced Paul Nuttall, who quit following the general election, which saw the party's vote share shrink to 1.8% from 12.6% in 2015.