Putin warns US against supplying longer-range missiles to Ukraine 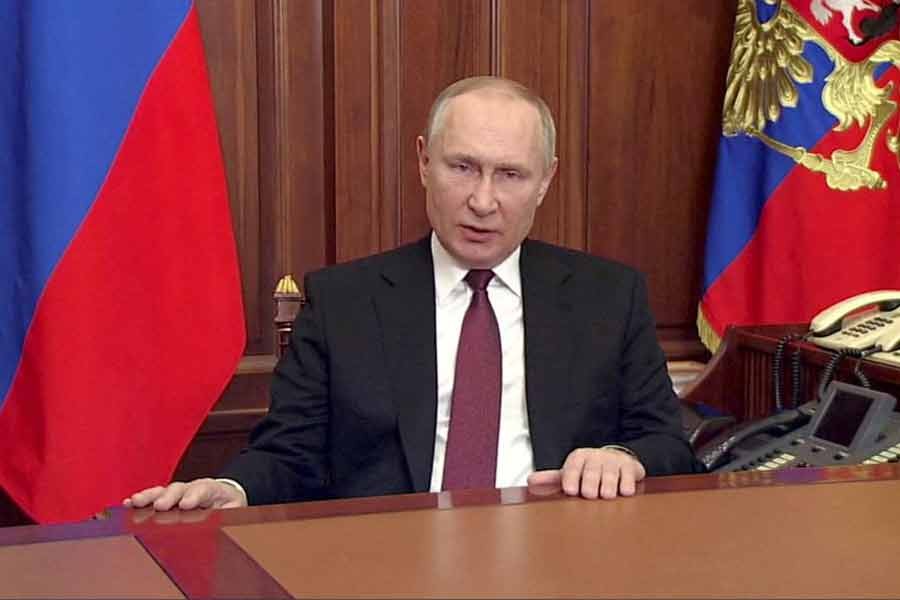 Russian President Vladimir Putin warned the United States in an interview broadcast on Sunday that Russia would strike new targets if the West supplied longer-range missiles to Ukraine for use in high-precision mobile rocket systems.

The United States has ruled out sending its own or NATO forces to Ukraine but Washington and its European allies have supplied weapons to Kyiv such as drones, Howitzer heavy artillery, anti-aircraft Stinger and anti-tank Javelin missiles, reports Reuters.

US President Joe Biden last week said Washington would supply Ukraine with M142 High Mobility Artillery Rocket Systems, or HIMARS, after he received assurances from Kyiv that it would not be used to target Russia.

Putin said the arms shipments were "nothing new" and changed nothing but cautioned that there would be a response if the United States supplied longer-range munitions for the HIMARS systems which have a maximum range of up to 300 km (185 miles) or more.

If longer-range missiles are supplied, "we will strike at those targets which we have not yet been hitting," Putin told the Rossiya-1 state television channel in an interview.

Putin said the range of the Lockheed Martin systems depended on the munitions supplied and that the range announced by the United States was around the same as Soviet-made missile systems that Ukraine already had.

"This is nothing new. It doesn't change anything in essence," Putin said. He said the arms merely replaced those that Russia had destroyed.

Putin did not identify the targets Russia would strike, but said the "fuss" around Western arms supplies was designed to drag out the conflict.

The US Department of Defense said it was supplying Ukraine four M142 HIMARS systems along with the Guided Multiple Launch Rocket System that it said had a range of over 40 miles (64 km) - double the range of the howitzers it supplied.

The war in Ukraine, Europe's biggest ground invasion since World War Two, has shown the limits of Russia's post-Soviet military power with significant losses and several changes of strategy in the face of fierce Ukrainian resistance.

Speaking about the drones delivered by Western states to Ukraine, Putin said Russian air defences were "cracking them like nuts". Dozens, he said, had been destroyed.

Although Russian officials have warned that the US decision to supply Ukraine with advanced rocket systems would exacerbate the conflict, Putin said it would not bring on any fundamental changes on the battlefield.