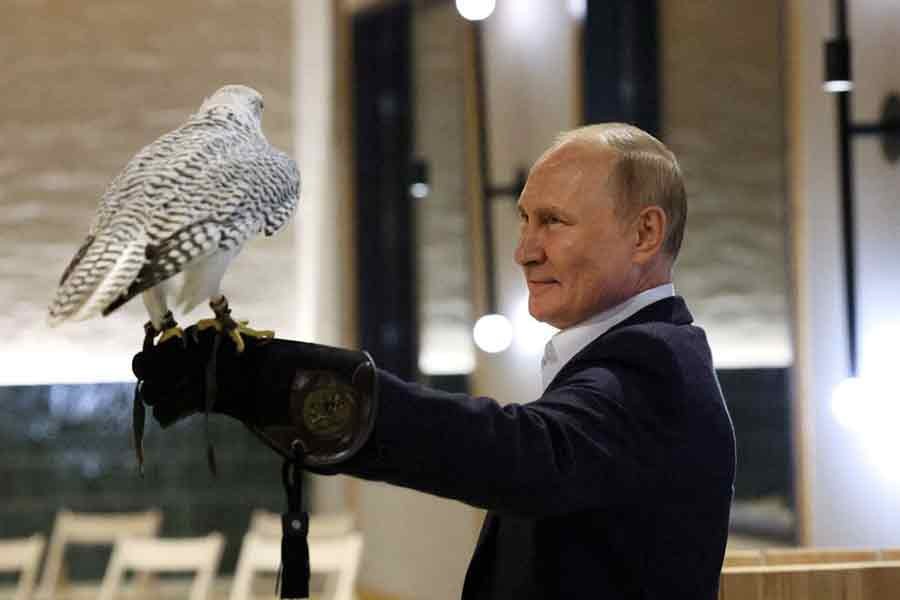 Russia’s President Vladimir Putin on Monday approved a new foreign policy doctrine based around the concept of a ‘Russian World’, a notion that conservative ideologues have used to justify intervention abroad in support of Russian speakers.

The 31-page "humanitarian policy", published more than six months into the war in Ukraine, says Russia should "protect, safeguard and advance the traditions and ideals of the Russian World", reports Reuters.

While presented as a kind of soft power strategy, it enshrines in official policy ideas around Russian politics and religion that some hardliners have used to justify Moscow's occupation of parts of Ukraine and support for breakaway pro-Russian entities in the east of the country.

"The Russian Federation provides support to its compatriots living abroad in the fulfilment of their rights, to ensure the protection of their interests and the preservation of their Russian cultural identity," the policy said.

It said that Russia's ties with its compatriots abroad allowed it to "strengthen on the international stage its image as a democratic country striving for the creating of a multi-polar world."

Putin has for years been highlighting what he sees as the tragic fate of some 25 million ethnic Russians who found themselves living outside Russia in newly independent states when the Soviet Union collapsed in 1991, an event he has called a geopolitical catastrophe.

Russia has continued to regard the former Soviet space, from the Baltics to Central Asia, as its legitimate sphere of influence - a notion fiercely resisted by many of those countries as well as by the West.

The new policy says Russia should increase cooperation with Slavic nations, China, and India, and further strengthen its ties to the Middle East, Latin America and Africa.

It said Moscow should further deepen its ties with Abkhazia and Ossetia, two Georgian regions recognised as independent by Moscow after its war against Georgia in 2008, as well as the two breakaway entities in eastern Ukraine, the self-styled Donetsk People's Republic and the Luhansk People's Republic.