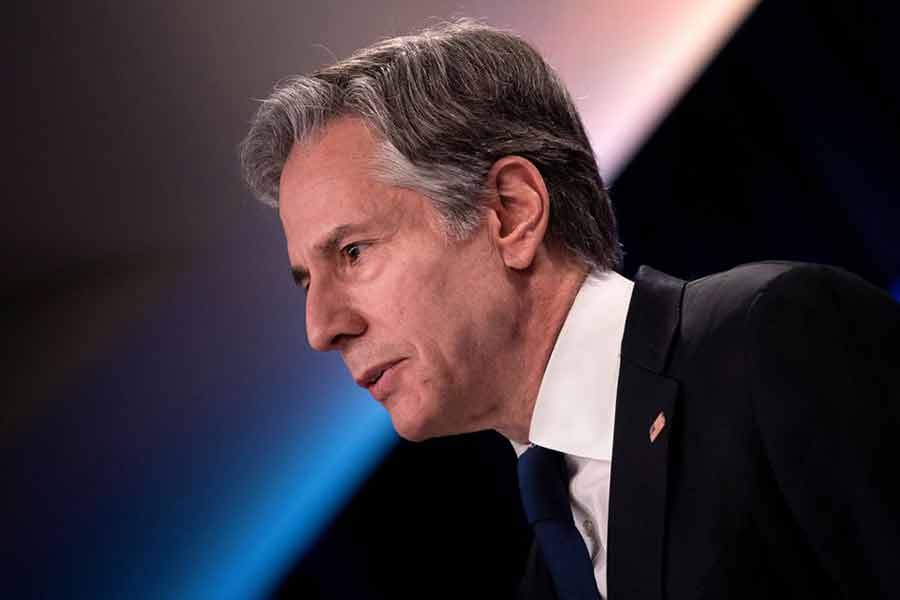 US Secretary of State Antony Blinken told his Russian counterpart Sergei Lavrov in a call on Tuesday that now would be the time to pull back Russian troops from the border with Ukraine if Moscow is not intending to invade, a senior State Department official told reporters.

In a phone call that lasted around 30 minutes, Blinken and Lavrov has held a "professional and fairly candid" conversation in English, the official said, but added the there was no breakthrough or agreement and that Washington had not seen any signs on the ground of a potential de-escalation, reports Reuters.

"We continue to hear those assurances that Russia is not planning to invade, but certainly every action we see says otherwise, with the continued build up of troops, heavy weapons, moving to the border," the official said, speaking on the condition of anonymity.

"If President Putin truly does not intend war or regime change, the Secretary told Foreign Minister Lavrov then this is the time to pull back troops and heavy weaponry and engage in a serious discussion....that can enhance collective European security," the official said.

Russia has amassed more than 100,000 troops near Ukraine's borders, while denying plans to invade - an action that the United States and its allies have warned would trigger tough sanctions.

The West last week formally rejected Russian demands to bar Ukraine from ever joining NATO and pull out NATO forces from eastern Europe, while expressing willingness to talk about arms control and confidence-building measures.

The official also said Lavrov “clarified” in his call with Blinken that a letter Lavrov sent to the United States and others on Monday “was not their formal response.”

"The (formal) response will have to go to President Putin, then they will send it to us," the official said. "Once we’ve received it then the secretary and the minister agreed that they should speak again about the next steps in the process.”