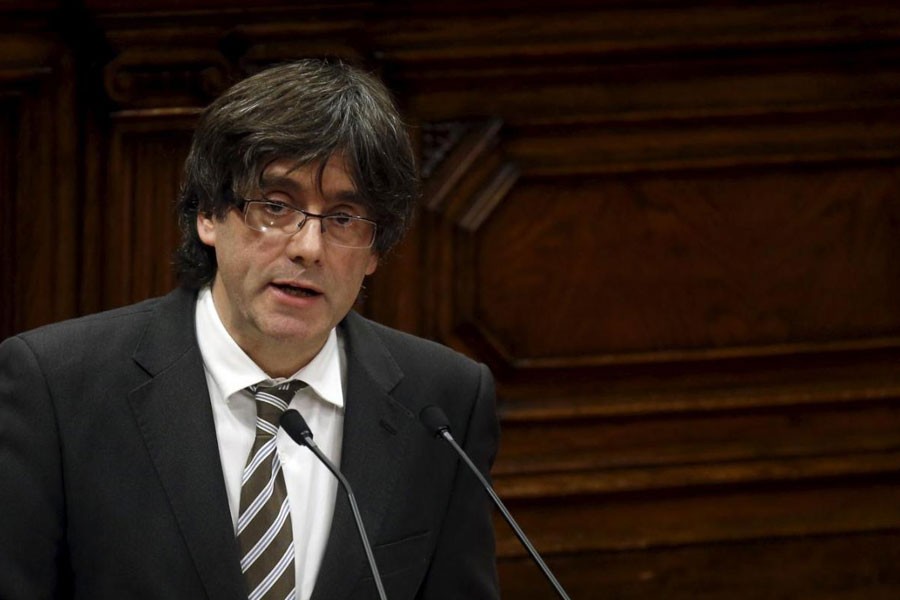 Catalonia’s ex-leader Carles Puigdemont has urged supporters to keep up the struggle as he faces extradition from Germany over his role in the region’s independence referendum.

Wanted in Spain for sedition and rebellion, Puigdemont was speaking for the first time since being detained on a European arrest warrant.

He told supporters Spain was acting in an increasingly ‘authoritarian’ manner.

Independence supporters have marched in Berlin to demand his release, says a BBC report.

German judges have 60 days to consider the request to hand him over.

He was speaking in an audio message recorded by Diether Dehm, a German MP from the leftist Due Linke party, who had visited him in prison in the northern town of Neumünster.

“As a message I would like to say that we have to go on, we have to go on the way we are, defending our rights, rights that are recognised by the UN as we have a total right to decide our future,” he said.

“We cannot let down our guard before a state that is becoming more and more authoritarian and that is curtailing our rights. Let’s go on doing things the way we do them, which is non-violent and civilised as we have shown the world in the past years. That is how Catalans do things.”

Puigdemont had been living in self-imposed exile in Belgium since Catalonia’s parliament unilaterally declared independence from Spain in October.

He is also charged back in Spain with misusing public funds over the holding of last year’s unrecognised Catalan referendum on independence from Spain.

He was visiting Finland when the arrest warrant against him was reissued. He slipped out of the country before authorities could arrest him, only to be detained in Germany last Sunday.

The charges he faces in Spain could result in 30 years in prison.

The rulings were considered the most serious challenge to date to the movement. Almost the entire leadership of the Catalan independence movement now faces a major legal fight.