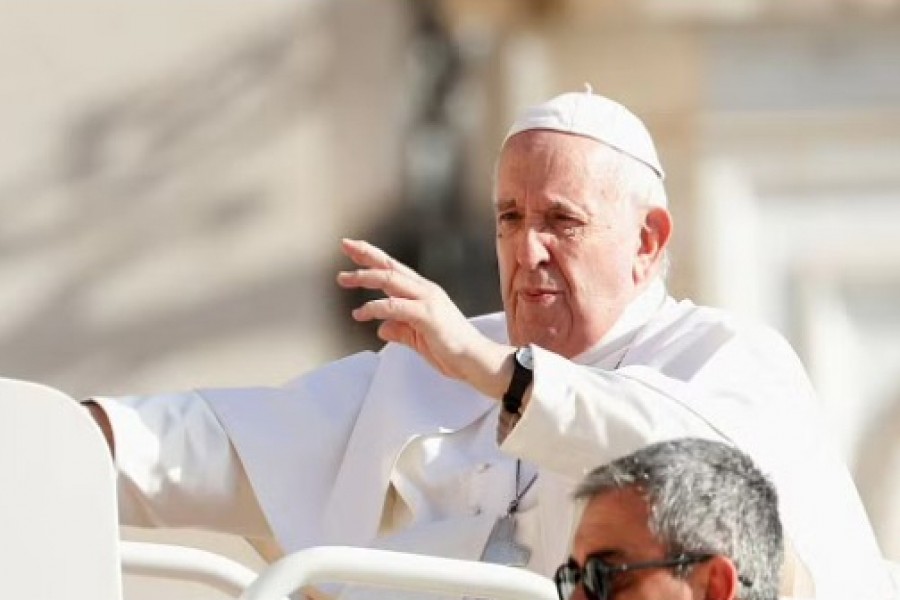 Pope Francis greets people as he arrives for the weekly general audience, at St Peter's Square, at the Vatican, September 7, 2022.REUTERS

Pope Francis on Wednesday called for a stop to the current "world war", calling on "everyone to be builders of peace" as he invoked special prayers for "martyred Ukraine."

"I am not forgetting the martyred Ukraine," Francis said at the end of his weekly audience in St Peter's Square, reports Reuters.

"Faced with all the war scenarios of our time, I ask everyone to be builders of peace and to pray that thoughts and projects of harmony and reconciliation may spread throughout the world. Today we are living through a world war, let us stop please," the pontiff continued.

Since Russia invaded Ukraine in February, the pope has on several occasions condemned the conflict, while at the same time holding back on direct criticism of Russian President Vladimir Putin.

"To the Virgin Mary we entrust the victims of every war, especially the dear Ukrainian population," Francis said, addressing thousands of pilgrims.

In June, he implicitly accused Russia of "armed conquest, expansionism and imperialism".

A month later, he said in an exclusive interview with Reuters that he wanted to visit Kyiv but also Moscow, preferably first, to promote peace.