Pompeo hints at US alternative to WHO after funding cuts 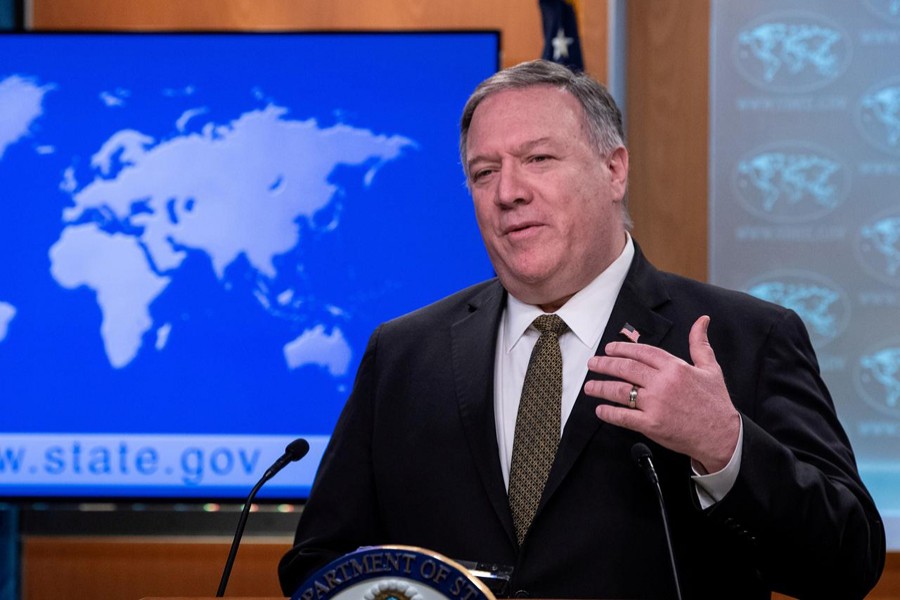 US Secretary of State Mike Pompeo speaks at a press briefing at the State Department in Washington, US on April 22, 2020 — Reuters/Files

US Secretary of State Mike Pompeo said the COVID-19 pandemic shows the need to overhaul the World Health Organization (WHO), warning that Washington may never restore WHO funding and could even work to set up an alternative to the UN body instead.

As Pompeo launched fresh attacks on the WHO, Democrats in the US House of Representatives accused the Trump administration of trying to “scapegoat” the institution to distract from its own handling of the coronavirus outbreak, reports Reuters.

In a letter to President Donald Trump, they called for the immediate restoration of US funding, which Trump suspended last week after accusing the WHO of being “China-centric” and of promoting China’s “disinformation” about the outbreak.

Pompeo told Fox News late on Wednesday there needed to be “a structural fix of the WHO” to correct its “shortcomings.”

Asked if he was urging a change in leadership of the WHO, Pompeo replied: “Even more than that, it may be the case that the United States can never return to underwriting, having U.S. taxpayer dollars go to the WHO.”

In a radio show interview on Thursday, Pompeo was asked if he saw a time when the role of the WHO might be supplanted by another organization. “We’re going to take a look at exactly that issue,” he replied.

“If the institution works and functions, the United States will always lead and be part of it. When it’s not delivering, when in fact it’s failing to get the outcomes that are desired, we’re going to work with partners around the world to deliver a structure, a form, a governance model, that will actually deliver on the intended purposes.”

The WHO has denied the Trump administration’s charges and China insists it has been transparent and open.

The United States has been the biggest overall donor to the WHO, contributing over $400 million in 2019, roughly 15 per cent of its budget. Senior US officials last week told Reuters Washington could redirect these funds to other aid groups.

On Wednesday, Pompeo said the United States “strongly believed” Beijing had failed to report the outbreak in a timely manner, in breach of WHO rules. WHO Director-General Tedros Adhanom Ghebreyesus did not use his ability “to go public” when a member state failed to follow those rules, Pompeo added.

“I’m very confident that the Chinese Communist Party will pay a price for what they did here, certainly from the United States. I don’t know exactly what form that will take,” Pompeo said in an interview with Fox News late on Thursday.

“We have to make sure that we don’t have this problem yet again coming from China,” Pompeo said, adding that the United States had been very direct in making its expectations clear to China.

The acting head of the US Agency for International Development said on Wednesday the United States would assess if the WHO was being run properly and look for alternative partners outside the body.

Any threat to definitively end US funding of the global body would likely hinge on Trump succeeding in his bid for re-election in the November presidential vote against the presumptive Democratic nominee Joe Biden.

The US Congress controls federal spending, and could pass legislation to guarantee funding for the WHO. However, to become law it would need to garner enough support, including from Trump’s Republicans, not just to pass but to override a likely veto.

According to a Reuters tally, the coronavirus pandemic has killed more than 180,000 people worldwide, including nearly 48,000 in the United States, making it the worst-hit country by official statistics.