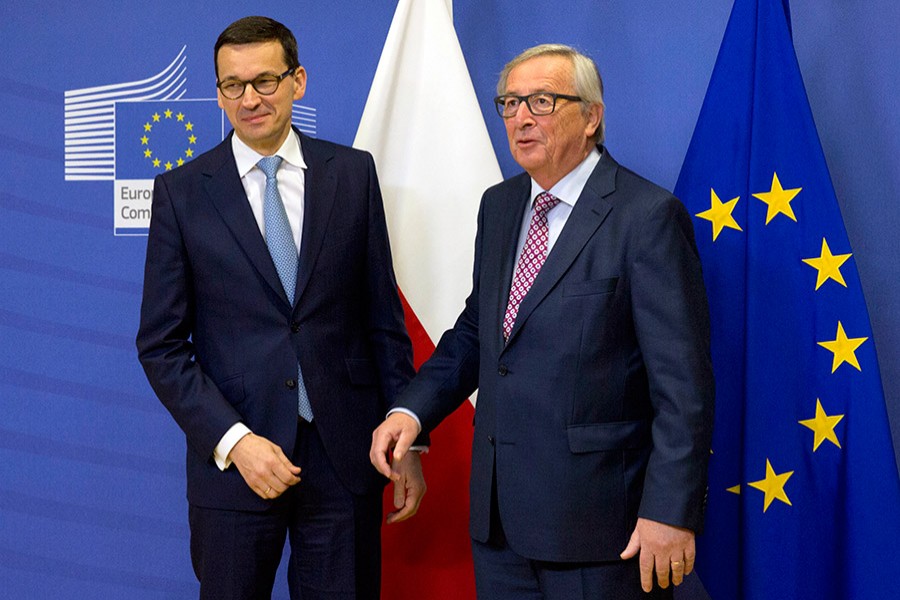 Poland's new prime minister reshuffled his Cabinet on Tuesday, ousting the controversial ministers of foreign affairs, defence, and the environment in a move aimed at mending relations with partners in the European Union.

Later in the day, the office of the European Commission's head, Jean-Claude Juncker, said the two had a "friendly" and "constructive" dinner in Brussels and would be seeking to make progress on better ties by the end of February, news agency AP reports.

EU leaders have raised a series of concerns over Poland's changes to its justice system, government-approved logging in an old forest and refusal to take in migrants under an EU plan. They have opened a sanctioning procedure that could strip Poland of its EU voting rights.

Morawiecki said at a news conference sought to explain to Juncker the goal of the changes in the justice system and that they are long-awaited and necessary.

"I said that our intentions are aimed at making the system more efficient, more just and more objective" as well as transparent and cost-efficient, he said.

The removals of Foreign Minister Witold Waszczykowski and Environment Minister Jan Szyszko, whose decision to cut trees in the pristine Bialowieza Forest has led to a procedure against Poland at the European Court of Justice, shows a will to mend fences within the EU. They were respectively replaced by Jacek Czaputowicz, the deputy foreign minister, and by a government economic expert, Henryk Kowalczyk.

Morawiecki kept Justice Minister Zbigniew Ziobro, the author of the sweeping reform of the justice system, in a sign that he backs the changes.

New finance and development ministers were also appointed as the jobs were vacated by Morawiecki when he became prime minister.