Parmaukkha arrested for protesting outside US embassy in Yangon 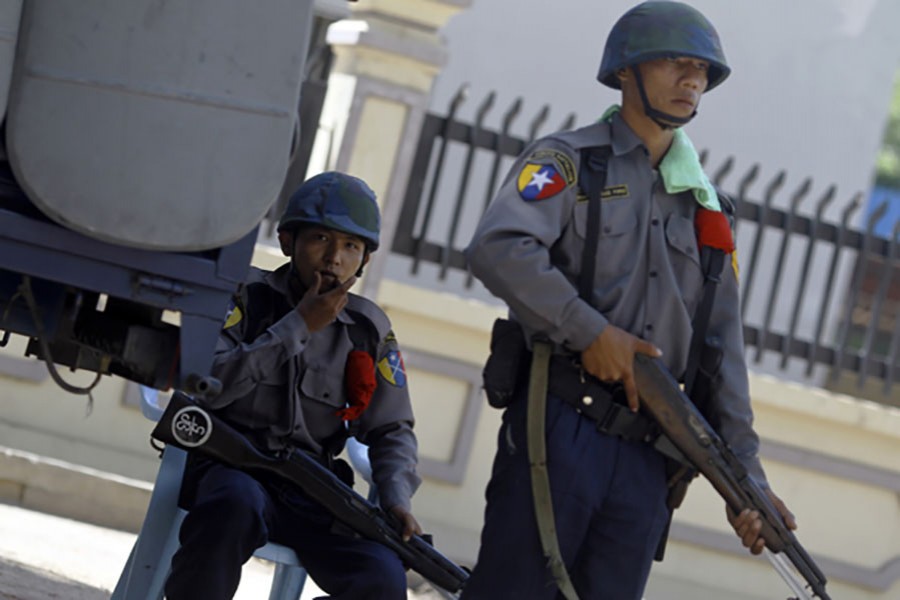 Parmaukkha was held under an arrest warrant for his role in an unauthorised protest outside the US embassy in Yangon last year, according to The Voice’s website.

The monk was detained when he went to Dagon Myothit (North) police station in Myanmar’s biggest city to apply for permission to protest outside a municipal building.

That protest concerned a local issue unrelated to the crisis in Rakhine state, where a military campaign has forced more than 600,000 Rohingya to flee to Bangladesh since late August.

Reuters was unable to contact the station or Yangon’s police chief by telephone.

The arrest comes just days before US Secretary of State Rex Tillerson visits Myanmar on Nov. 15 to meet with the country’s leadership for talks on the Rohingya crisis.

Parmaukkha was a co-founder of Ma Ba Tha, the Burmese language acronym for the Association for Protection of Race and Religion, but he quit the radical Buddhist and anti-Muslim group last year, citing political differences.

Parmaukkha had told Reuters that Ma Ba Tha had lent support to the Union Solidarity and Development Party (USDP) during the 2015 election, in a vain bid to stop Aung San Suu Kyi’s National League for Democracy from winning power.

The demonstration outside the US embassy in 2016 was to protest the United State’s policy of using the term Rohingya for the Muslims in northern parts of Rakhine.

Many people in Myanmar regard the largely stateless Rohingya as illegal immigrants from Bangladesh, and they are excluded from the 135 “national races” recognised by law.

At the time of the protest last year, an embassy spokesman said the United States supports the right to demonstrate and added that “around the world, people have the ability to self-identify”.