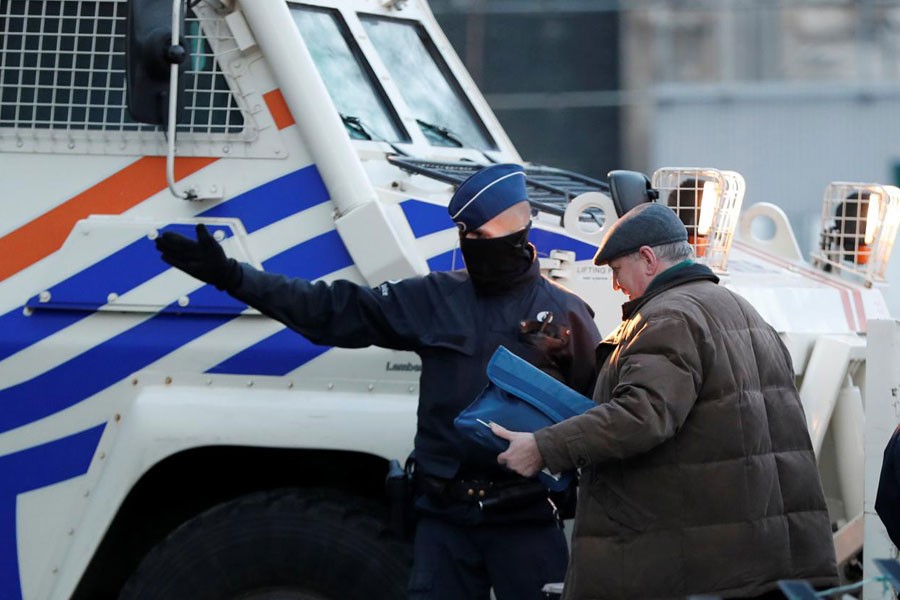 Police officers check visitors at the entrance of the courthouse ahead of the trial of Salah Abdeslam, one of the suspects in the 2015 Islamic State attacks on Paris. (Reuters)

The prime surviving suspect in the 2015 Islamic State attacks on Paris went on trial in Brussels on Monday, accused of the attempted murder of police shortly before his arrest in Belgium two years ago.

Salah Abdeslam, 28, entered the court for his first public appearance since the attacks that killed 130 people in the capital of France in November 2015, reports Reuters news agency.

In contrast to the time of his arrest four months later in his native Brussels, Belgian public broadcaster RTBF reported that he had long hair and a beard.

Despite hopes in Paris that Abdeslam might break more than two years of silence on the carnage, RTBF said he told the court that he would not answer questions and refused to stand when the judge read out the charges against him.