Palestinians threaten to cut US ties over PLO office closure 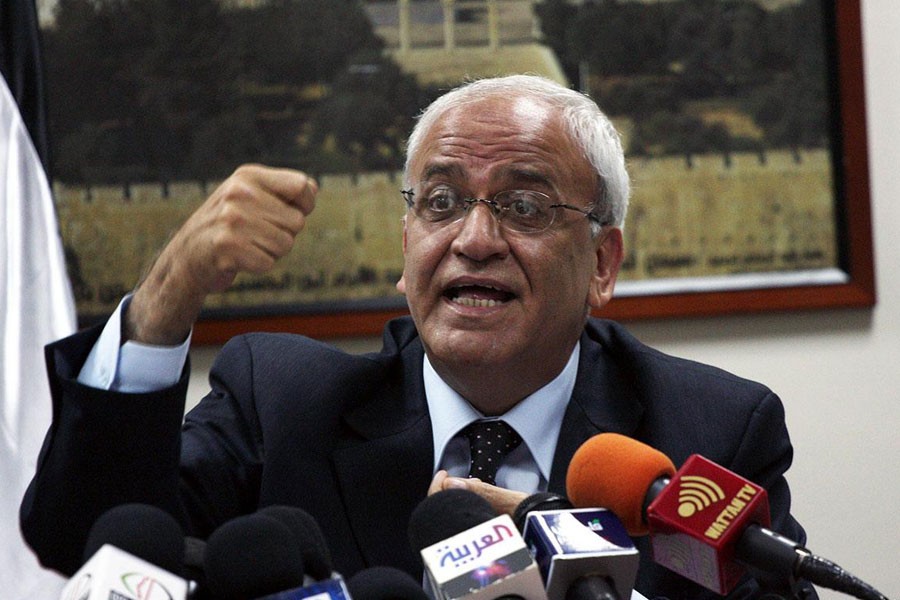 The Palestine Liberation Organisation has warned it will freeze its ties with the US if it carries out a threat to close the PLO office in Washington.

US officials say the PLO could be breaking a legal condition for it to operate in the US.

The US law says Palestinian authorities must not pressure the International Criminal Court to investigate Israelis, according to a BBC report.

The PLO, which is seen by the international community as representing all Palestinians, opened an office in DC in 1994.

It is the first time that the State Department has declined to reissue a six-monthly operating licence for it.

A state department official cited "certain statements made by Palestinian leaders" about the International Criminal Court (ICC) as the reason behind the non-renewal.

In September Palestinian President Mahmoud Abbas told the UN that the Palestinians had called on the International Criminal Court (ICC) to investigate and prosecute Israeli officials over "involvement in settlement activities and aggressions against our people".

The State Department official said President Trump had 90 days to decide whether to let the PLO keep its office if he deems that the Palestinians have entered into "direct, meaningful negotiations with Israel".

Abbas said he was "deeply surprised" by the US move, which he said had "dangerous consequences for the peace process and the American-Arab relations".

Saeb Erekat said he believed the Israeli government had been putting pressure on the Trump administration "at a time when we are trying to co-operate to achieve the ultimate deal".

The Israeli government said it was a matter of US law, the Associated Press news agency reported.

The peace process between Israel and the Palestinians has been deadlocked since 2014, when a US attempt to broker a deal failed.