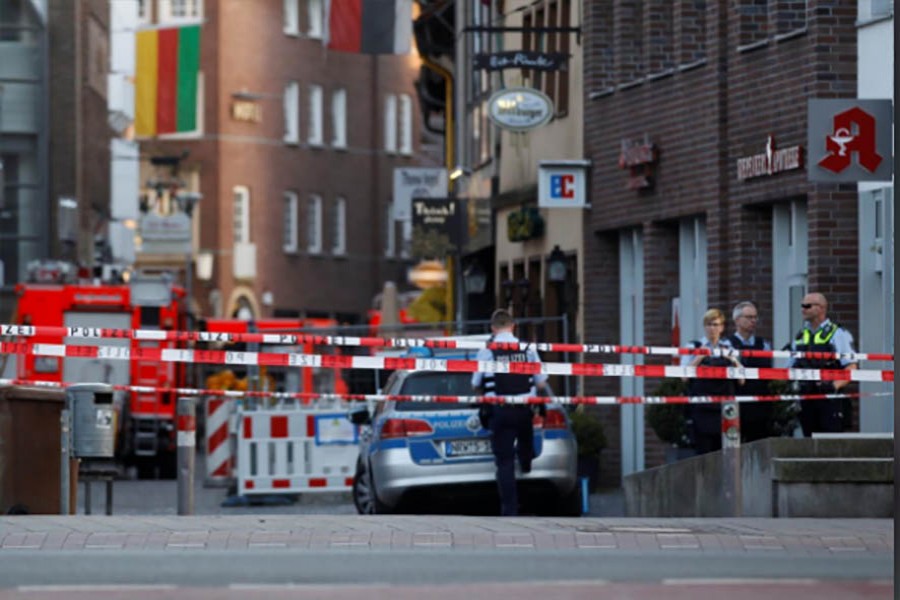 The man who drove a camper van into a group of people sitting outside a restaurant in the German city of Muenster on Saturday acted alone and appears to have had mental health problems, the regional interior minister said on Sunday.

The man killed two people when he ploughed the vehicle into people seated at tables outside the Grosser Kiepenkerl eatery, a popular destination for tourists in the old town of the university city in western Germany. He then shot himself dead.

“We now know it was in all likelihood a lone perpetrator, a German,” said Herbert Reul, interior minister of North Rhine-Westphalia, home to Muenster, reports Reuters.

“There are lots of indications the person in focus had (psychological) abnormalities. This must be carefully investigated,” he said after paying his respects to the victims with national Interior Minister Horst Seehofer and state premier Armin Laschet.

There was no evidence of any link to Islamist militancy and the suspect was not a refugee, Reul said.

Police said on Sunday they were still investigating possible motives and forensic investigators were scouring the scene of the attack for clues.