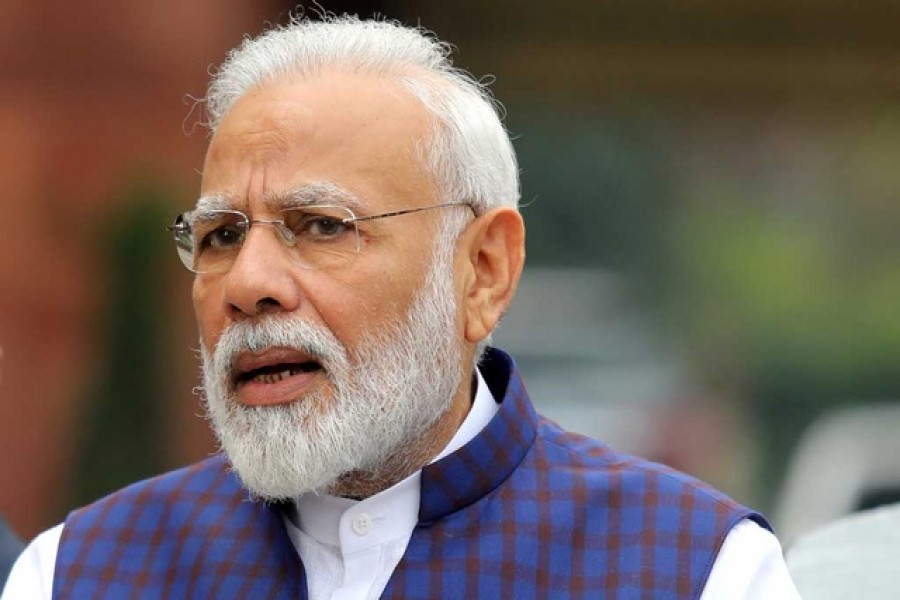 Almost every sector of the $2.6 trillion economy is dependent on water, especially agriculture, which sustains two-thirds of India's 1.3 billion people.

"Water shortages in the country not only affect individuals and families; the crisis also has an effect on India's development," Modi said. "We need to prepare the new India to deal with every single aspect of the crisis."

India is the world's leading producer of an array of farm goods, and nearly 60 per cent of the irrigation for agriculture comes from ground water, mainly through electric water pumps.

Subsidised electricity gives farmers an incentive to pump out more water, a key reason behind fast-depleting water tables in the vast country.

Supplying clean drinking water to millions of poor people and reviving moribund irrigation projects were a key part of Modi's policies for India, where the monsoon accounts for nearly 70 per cent of the annual rains needed to water farms and recharge aquifers and reservoirs.

Nearly half of India's farmland, without any irrigation cover, depends on annual June-September rains to grow a number of crops.

Drinking water is also an issue, as about 200,000 Indians die every year due to inadequate access to safe water and 600 million face high to extreme water stress, according to the National Institute for Transforming India (NITI) Aayog, a think tank chaired by Modi.

According to UK-based charity WaterAid, about 163 million people in India - roughly 12 per cent of the population - do not have access to clean water close to home.

Every summer water shortages tend to be more acute in large cities such as the capital New Delhi, Chennai - a car-making centre dubbed "India's Detroit", and Bengaluru, the country's software capital.

Modi also exhorted farmers to increasingly adopt drip and sprinkler irrigation and use water-management techniques as well as eschewing water-guzzling crops such as rice and sugar cane.