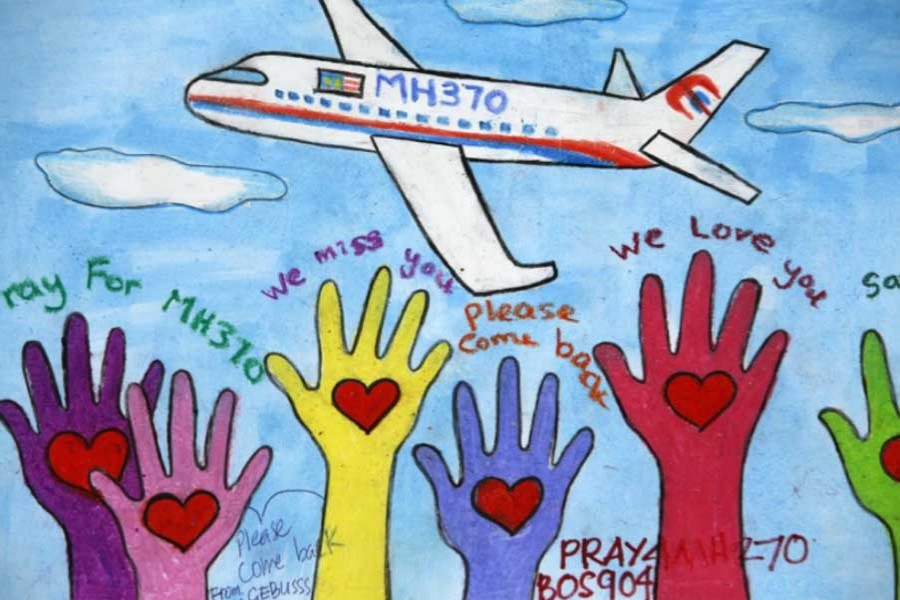 An artwork conveying well-wishes for the passengers and crew of the missing Malaysia Airlines Flight 370 at a gallery in Kuala Lumpur International Airport. - Edgar Su/Reuters

Australian investigators have delivered their final report into missing Malaysia Airlines flight 370, saying it is "almost inconceivable" the aircraft has not been found, reports BBC.

MH370 disappeared in 2014 while flying to Beijing from Kuala Lumpur with 239 people on board.

The search for the jet, also involving Malaysia and China, was called off in January after 1,046 days.

Australian searchers said they "deeply regretted" it had not been found.

"It is almost inconceivable and certainly societally unacceptable in the modern aviation era with 10 million passengers boarding commercial aircraft every day, for a large commercial aircraft to be missing and for the world not to know with certainty what became of the aircraft and those on board," the Australian Transport Safety Bureau said on Tuesday.

"Despite the extraordinary efforts of hundreds of people involved in the search from around the world, the aircraft has not been located."

Their final report reiterated estimates from December and April that the Boeing 777 was most likely located 25,000 sq km (9,700 sq miles) to the north of the earlier search zone in the southern Indian Ocean.

The hunt formed one of the largest surface and underwater searches in aviation history.

After the initial 52-day surface search failed, investigators trawled the sea floor and ultimately ruled out an area of more than 120,000 sq km.

In 2015 and 2016, suspected debris from MH370 washed up on islands in the Indian Ocean and the east coast of Africa.

Investigators came up with its current likely location after analysing drift modelling of debris and satellite data.

In the report, investigators said their understanding of MH370's location was "better now than it has ever been".

The Australian government has said only "credible" new evidence will prompt it to resume the search.

The Malaysian government is continuing to investigate the circumstances surrounding the disappearance.