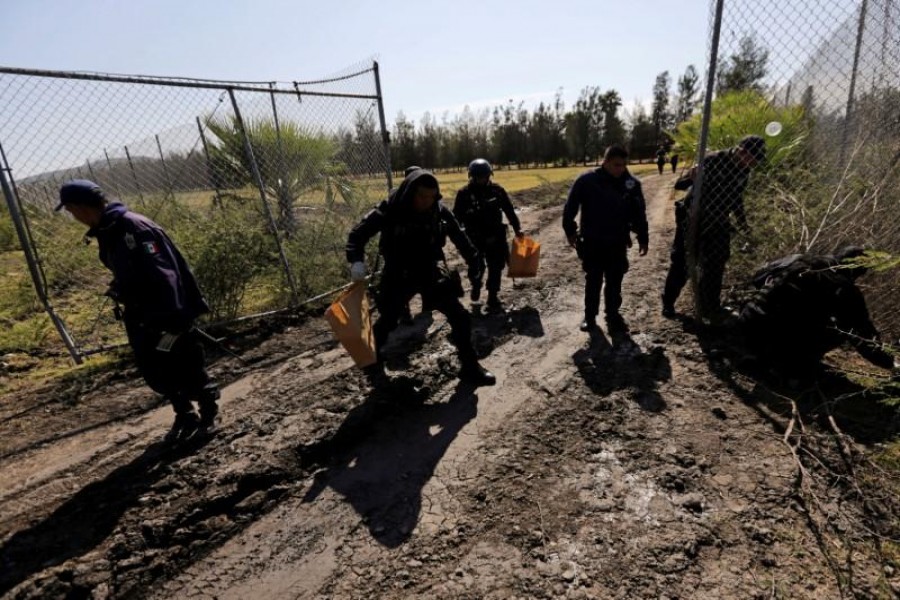 Polices officers look for evidence at a ranch where a firefight took place on Friday in Tanhuato, state of Michoacan, May 23, 2015. REUTERS/Henry Romero/File Photo

Mexican authorities said on Tuesday they had found 29 bodies, packed in more than a hundred plastic bags, dumped in a clandestine grave in the violent western state of Jalisco.

Murders in Mexico jumped to the highest on record in the first half of the year, putting the cartel-ravaged country on track to surpass the 29,111 recorded last year.

Jalisco Attorney General Gerardo Solis told a news conference that since making the gruesome discovery in Zapopan municipality the first week of September, investigators had counted 13 complete and 16 incomplete bodies.

The state government and the state attorney general said two of the victims were women, and that at least four had criminal records, without specifying their crimes, Reuters reported.

The body count could go up as the investigation progressed, according to a source at the state attorney general’s office who declined to be identified because he was not authorised to speak to the media.

In Mexico, cartels often kidnap and kill their rivals, many of whom are buried in clandestine graves scattered across the country.

Authorities have not yet said whether the mass grave was related to cartel violence, although Jalisco is home to several cartels, including one of the country’s most notorious.

Jalisco New Generation Cartel, according to US authorities, is one of the five most dangerous criminal organisations in the world.