May to hold security meeting on Russian spy poisoning 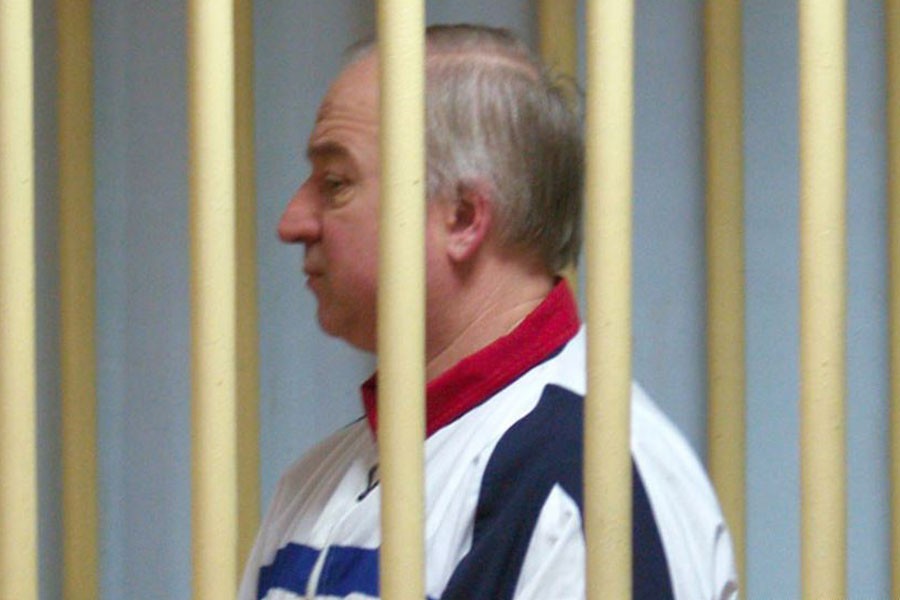 Sergei Skripal stands behind bars in a courtroom in Moscow in August 2006. Photo Credit: TASS.

Prime Minister Theresa May will chair a meeting of Britain’s National Security Council on Monday to discuss the poisoning of a former Russian double agent and his daughter.

Former double agent Sergei Skripal, 66, and his daughter Yulia, 33, have been in hospital in a critical condition since March 4 when they were found unconscious on a bench outside a shopping centre in the southern English city of Salisbury.

Hundreds of people who visited the Zizzi restaurant or the Bishop’s Mill pub in the normally quiet cathedral city were told on Sunday to wash their clothes after traces of nerve agent used to attack Skripal were found at both sites.

British counter-terrorism police say a nerve agent was used against Skripal and his daughter but have not made public which one.

Skripal betrayed dozens of Russian agents to British intelligence before his arrest in Moscow in 2004, says a Reuters report.

He was sentenced to 13 years in prison in 2006, and in 2010 was given refuge in Britain after being exchanged for Russian spies.

British Foreign Secretary Boris Johnson has warned that if Russia was behind the poisoning of Skripal, a former colonel in GRU military intelligence, than Britain would respond robustly.

Johnson also drew parallels between the poisoning of Skripal and the murder of former KGB agent Alexander Litvinenko who died in London in 2006 after drinking green tea laced with radioactive polonium-210.

A British public inquiry found the killing of Litvinenko had probably been approved by Russian President Vladimir Putin and carried out by two Russians, Dmitry Kovtun and Andrei Lugovoy.

Lugovoy is a former KGB bodyguard who later became a member of the Russian parliament.

Both denied responsibility and Russia has denied any involvement.

Since Skripal was found slumped on a bench in Salisbury, Russia has repeatedly denied any part in his poisoning and says Britain is whipping up anti-Russian hysteria.