Macron says Turkey has no chance of joining EU 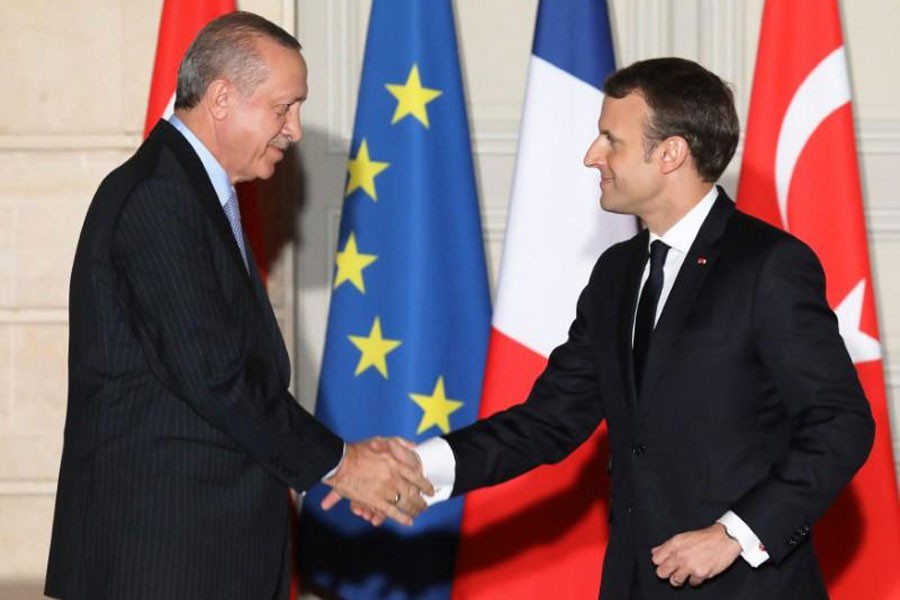 French President Emmanuel Macron has told his Turkish counterpart, Recep Tayyip Erdogan, that there is no chance of progress towards Turkey joining the European Union at present.

At a joint news conference in Paris, Macron said there were differences over human rights since Turkey's purges following a failed coup in 2016.

Erdogan said Turkey was tired of constantly imploring to join the EU, according to a BBC report.

He lashed out at a journalist who asked about claims Turkey sent arms to Syria.

The journalist had asked him about a story in Cumhuriyet newspaper from 2015 which suggested that Turkish intelligence had sent the supplies.

Erdogan responded by accusing the journalist of talking like a member of the Gulenist movement, which he blames for the 2016 coup.

"When you ask your questions, be careful on this point. And do not speak with the words of another," he said.

Macron said it was time to end the hypocrisy of pretending that there was any prospect of an advance in Turkey's membership talks with the EU.

"As far as the relationship with the European Union is concerned, it is clear that recent developments and choices do not allow any progression of the process in which we are engaged," he said.

The talks were in effect halted following Erdogan's crackdown after the coup.

But the French president also said it was important to keep a close relationship with Ankara, and that perhaps this was the moment to explore an option short of full EU membership - a partnership, as he described it, that would anchor the Turkish people in Europe.

Erdogan has for some time poured scorn on EU overtures towards Turkey, accusing the bloc of being insincere and wasting Ankara's time. He has said that most Turks "did not want the EU any more".

Both men hailed co-operation in the fight against the Islamic State group.