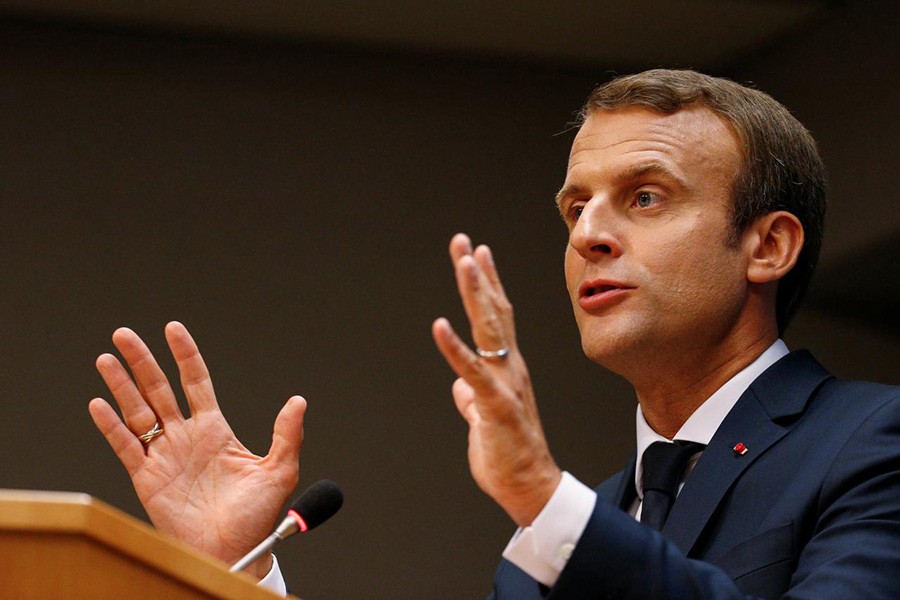 He said that during elections social media would face tougher rules over the content that they put online.

Deliberate attempts were being made to blur lines between truth and lies and undermine people's faith in liberal democracy, he added.

Correspondents say there is no question that Macron had Russia in mind when he made the announcement, the BBC reports Thursday.

He has already spoken out publicly about what he sees as Moscow's attempts to manipulate opinion in Europe and the United States.

Speaking at a new year reception for the media on Wednesday, Macron said it was possible now at a cost of just a few thousand euros to propagate untruths over social media.

"Thousands of propaganda accounts on social networks are spreading all over the world, in all languages, lies invented to tarnish political officials, personalities, public figures, journalists," he said.

In response, he proposed imposing tougher rules on social media about revealing the sources of apparent news content.

He also said limits would be put on how much could be spent on sponsored news material.

France's audiovisual regulator would be given extra powers to "fight any destabilisation attempt by television channels controlled or influenced by foreign states", he added.

Since then RT has launched a French-language TV channel.