Mohammad bin Salman to be successor 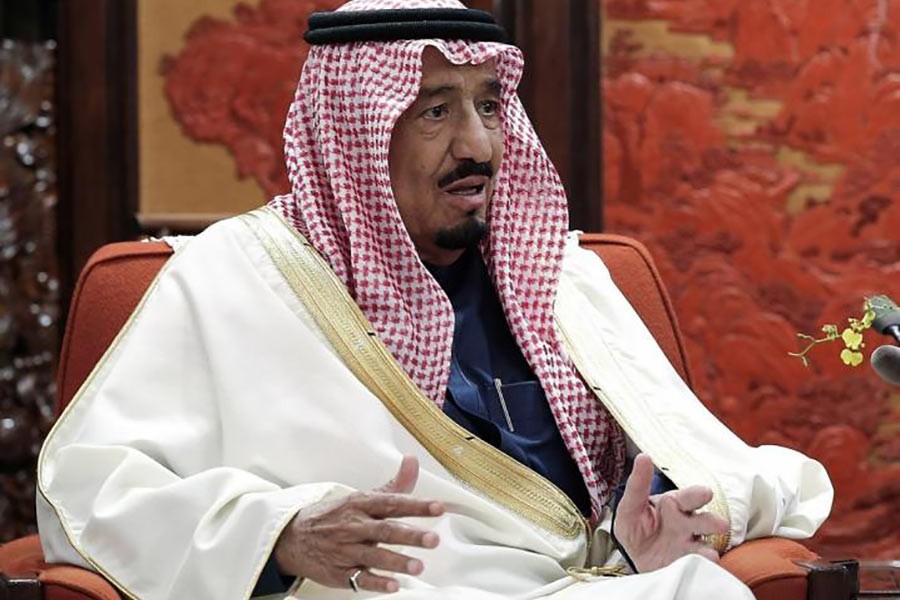 King Salman bin Abdulaziz of Saudi Arabia plans to step down and announce his son Crown Prince Mohammad bin Salman as his successor next week.

British tabloid newspaper Daily Mail claims about this plan of major reshuffle in Saudi monarch citing a source close to the royal family.

The report says, 81-year-old king will continue as a ceremonial figurehead. But, official leadership of the country will be handed over to his son, often referred to as MBS.

"King Salman will announce the appointment of MBS as King of Saudi Arabia next week unless something dramatic happens," says the report quoting source.

The King will play the role of the queen of England. He will only keep the title, Custodian of the Holy Shrines, the source said.

According to the high level source, after the reshuffle the prince will shift his focus to Iran, a long standing rival oil empire to Saudi Arabia in the Middle East, with fears military action is possible.

He will also enlist the help of the Israeli military to crush Hezbollah, the Lebanese militia supported by Iran, according to the source. “MBS is convinced that he has to hit Iran and Hezbollah.”

'MBS's plan is to start the fire in Lebanon, but he's hoping to count on Israeli military backing. He has already promised Israel billions of dollars in direct financial aid if they agree.

Meanwhile, another senior Saudi official dismissed the mounting speculation that the crown prince will soon ascend to the throne, another global media says citing the unnamed official.

Saudi kings usually stay in power even when bad health prevents them from carrying out their job, the official said on condition of anonymity.

The official mentioned the example of King Fahd. He stayed on as monarch until his death in 2005 despite being gravely ill in the last few years of his reign.

Last week the Prime Minister of Lebanon made what is believed to be a forced resignation on Saudi television after being summoned to Riyadh by Prince Mohammed.

Saad al-Hariri said in his resignation speech that he was afraid of being assassinated and accused Iran of working with Hezbollah.

Tensions have been rising between Saudi Arabia and Iran after the Saudi government blamed Iran for a foiled missile attack near Riyadh on November 4.

The rocket was fired from neighbouring Yemen and was heading towards the Saudi capital before it was shot down.

The Saudi Foreign Minister, Adel Jubair, said Iran was responsible and called the attack 'an act of war'.