Just 17 out of 80 million are poor, Chinese province says 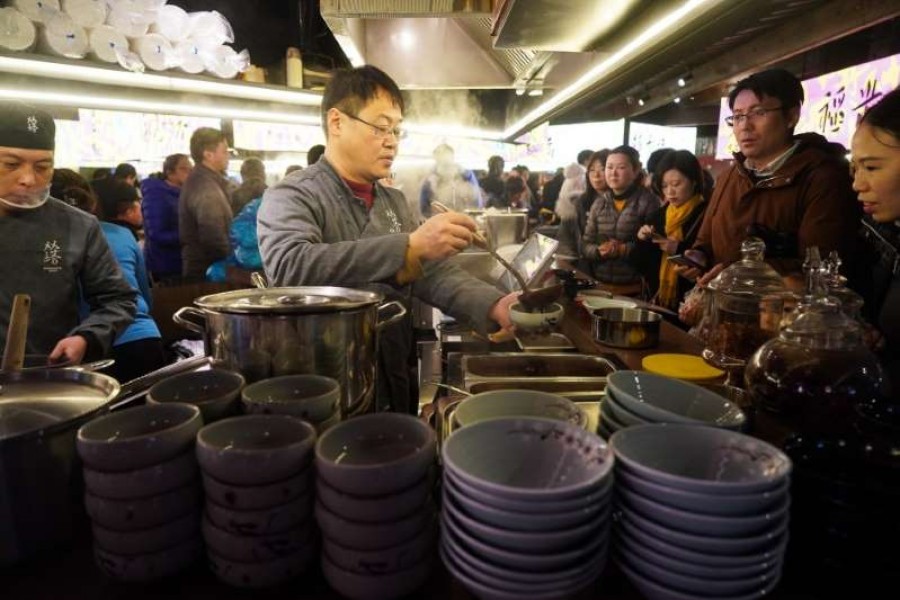 The Chinese coastal province of Jiangsu has declared just 17 out of a population of 80 million are in poverty. Photo: Xinhua

A Chinese province has said just 17 people, out of its population of more than 80 million, are living in poverty.

Jiangsu province said only a handful of people lived below its benchmark of 6,000 yuan a year ($863; £660) following a successful state campaign.

But the figures were questioned online, with one person asking: "I don't believe it. Are there no unemployed people in the province? No beggars?"

Eliminating poverty is one of the Chinese government's major ambitions.

South-eastern Jiangsu is one of the country's wealthiest provinces, second only in economic output to Guangdong.

Its latest data from the end of 2019 shows that in the past four years, 2.54 million people have been lifted out of poverty, as defined by the province.

It ties in with the province's declared target of essentially eradicating poverty by 2020.

The 17 still living below the poverty standard are all capable of working, according to authorities who spoke to Chinese media, although four "have diseases".

Despite a slowdown, China's economy is still growing at around 6 per cent a year, reports the BBC.

But even with the country getting much richer, the apparent staggering success of Jiangsu's anti-poverty campaign has been queried online.

"How could they be so accurate?" was a typical comment on Weibo, China's social media platform.

While China's economy has skyrocketed in recent decades, poverty has not disappeared - and inequality has grown.

Stories about individual cases of extreme poverty continue to shock the country.

In 2019, well-wishers donated almost a million yuan to a Chinese student in a south-western provience who was hospitalised after living on 2 yuan ($0.30, £0.20) a day for five years.

The story echoed that of a young boy who in 2018 arrived at school with his hair full of frozen ice.

Dubbed "Little Wang", his story also went viral, leading to international donations from people impressed by his resilience, and shocked at his poverty.

There's no one standard definition of poverty across all of China, as it differs from province to province.

One widely-quoted national standard is 2,300 yuan ($331; £253) net income a year. Under that standard, there were around 30 million people living in poverty across the whole of China in 2017.

But many provinces have raised their poverty benchmark - as in the case of Jiangsu, where it is at 6,000 yuan.

Since opening up to the global economy in the 1990s, China has seen its poverty rates tumble, and the government hopes to eradicate extreme poverty in 2020.

China has moved from being "moderately unequal in 1990 to being one of the world's most unequal countries," according to a 2018 report by the International Monetary Fund.