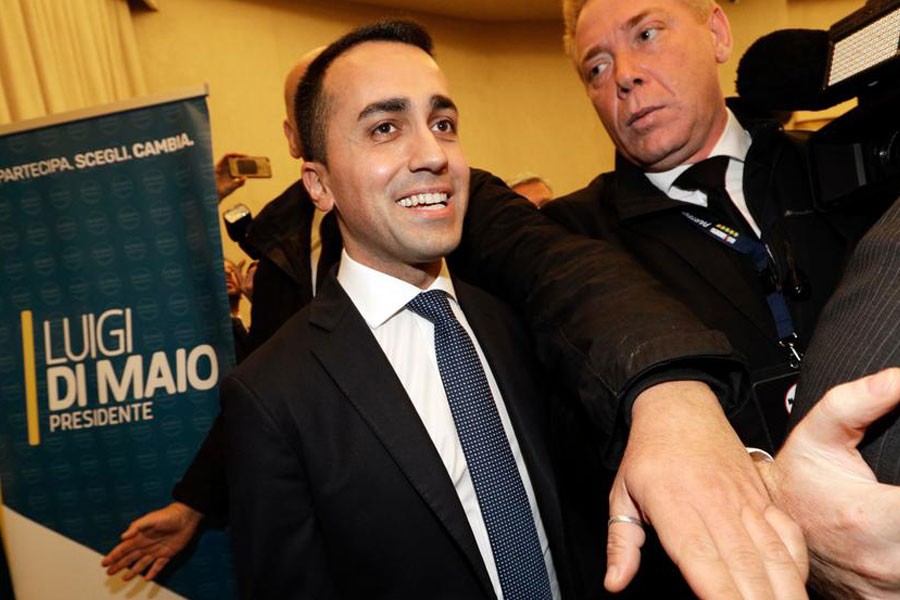 The leaders of two anti-establishment parties have each claimed they have the right to govern Italy, after voters in Europe's fourth-largest economy did not return a majority to any single party.

The Eurosceptic, populist Five Star Movement was the biggest single party with a third of the vote.

But the anti-immigrant League said it had been endorsed to run the country as part of a centre-right alliance.

Forming a government could take weeks of negotiation and coalition-building, says a BBC report.

Former Prime Minister Matteo Renzi has resigned as leader of the governing centre-left Democratic Party, which performed poorly, taking less than 20% of the vote.

He said the party would not join a coalition with "anti-system forces" and would go into opposition instead.

An alliance between the far-right League and ex-Prime Minister Silvio Berlusconi's Forza Italia party is set to win the most seats in the lower house of parliament, but the League has emerged as the senior partner. It won 17.4% of the vote compared with Forza Italia's 14%.

Matteo Salvini, the 44-year-old leader of the League, said at a press conference that he intended to speak to other parties to gain a parliamentary majority.

Five Star leader Luigi Di Maio, 31, announced that his party was also open to coalition talks with other parties - this despite the party having stated the contrary in the run-up to the vote.

The gains for populists represent a political earthquake that will send shockwaves to the EU in Brussels.

A coalition between Five Star and the League would be a "nightmare result" for the EU.

However, Salvini has ruled out such an alliance. He said he was not interested in a "minestrone" coalition, referring to the Italian soup of mixed vegetables.