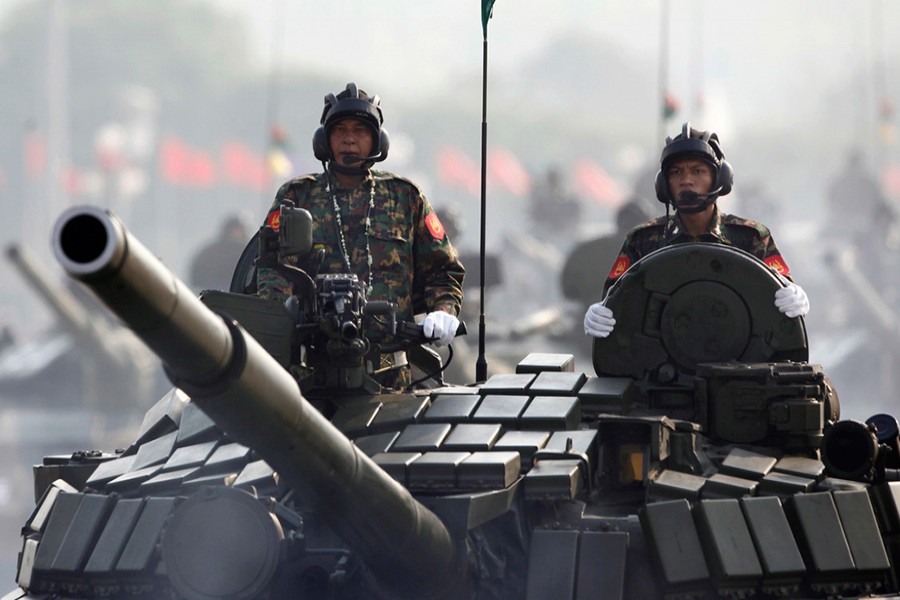 Human rights activists are stepping up efforts to expose Israel's long and covert history of supplying weapons and military training to regimes while they actively commit massacres, ethnic cleansing, and genocide.

The issue of Israel's trade with rogue regimes has been thrust into the spotlight again after revelations that it is sending weapons to Myanmar, in defiance of a US and European arms embargo, according to a report published by Al Jazeera.

Formerly known as Burma, Myanmar was condemned last month by the United Nations for conducting what it called a "textbook ethnic cleansing" of the Rohingyas, a Muslim minority. Hundreds of thousands of Rohingyas are reported to have fled Myanmar for Bangladesh in recent weeks, after evidence of the torching of entire villages, massacres and systematic rapes.

Israel has not divulged details of its ties to Myanmar's military government, but public records show that it has sold the military there armed patrol boats, guns, and surveillance equipment. Myanmar's special forces have also been trained by Israelis.

Human rights groups are set to stage a protest outside Israel's parliament on October 30, calling for an immediate halt to the weapons sales to Myanmar.

Israeli firms have also broken with the United States and Europe by supplying weapons and surveillance equipment to militias in South Sudan, where a civil war has raged since late 2013. Some 0.30 million (300,000) Sudanese are believed to have been killed in the fighting.

Eitay Mack, a human rights lawyer, has submitted a spate of petitions to the Israeli courts in an attempt to bring to light details of Israel's trade with such regimes. He said the cases were designed to hasten war crimes investigations of the officials and contractors involved.

"Many Western states sell arms, but what's unique about Israel is that, wherever war crimes and crimes against humanity are being committed, you find Israel is present," Mack told Al Jazeera.

"The companies selling the weapons, and the officials who quietly approve the trade, must be held accountable. Otherwise, why would this ever stop?"