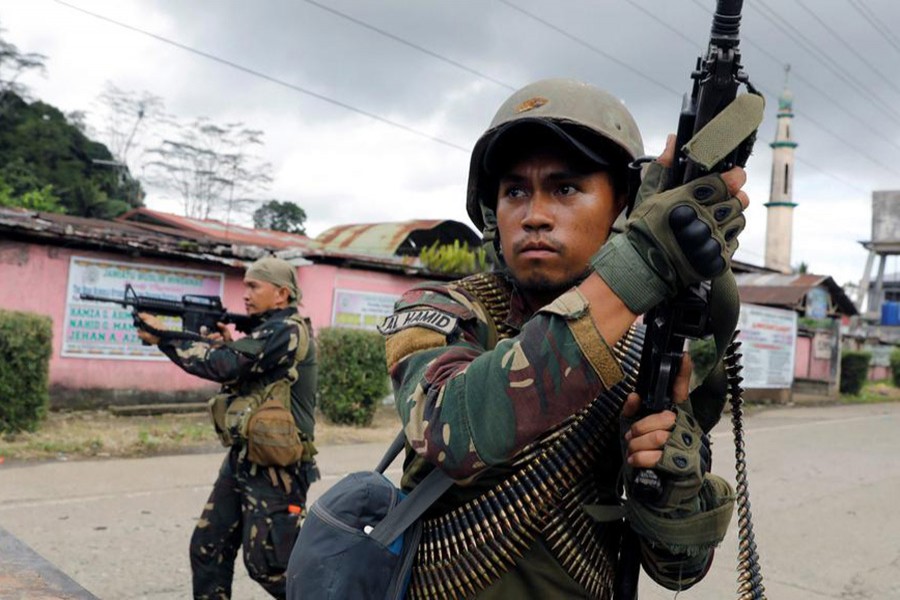 An undetermined number of militants were also killed or wounded in the four-hour battle, military official says. - Reuters file photo

Pro-Islamic State militants killed six soldiers and wounded four others on a southern Philippine island, the military spokesman said on Friday, as the army focused on the remaining rebel groups after regaining control of Marawi City.

The army shifted its operations on Basilan island after ending the five-month combat operations in Marawi last month after killing the militants’ top leaders, including Isnilon Hapilon, the emir of pro-Islamic State groups in Southeast Asia, reports Reuters.

“We were going after the Abu Sayyaf elements who continue to exist in Basilan and up to this time, there have been skirmishes reported to us, specifically this morning,” military spokesman Major-General Restituto Padilla told news channel ANC.

Ten soldiers were wounded, but six died on the way to a medical facility on Wednesday evening after troops, searching for Abu Sayyaf sub-commander Furiji Indama, clashed with militant groups in Sumisip town, he added.

Militants from the Abu Sayyaf, notorious for bombings, beheadings, extortion, and kidnap-for-ransom in the south of the mainly Roman Catholic Philippines, took part in the attack on Marawi in May which led to the bloody five-month battle.

An undetermined number of militants were also killed or wounded in the four-hour battle, Petinglay said. “We will continue to chase the Abu Sayyaf and finish them off,” she added.

The presence of pro-Islamic State militants is among the top internal security threats for the Philippines. The Marawi siege raised alarms that southern Philippines is fast becoming an Asian hub for the ultra-radical group.