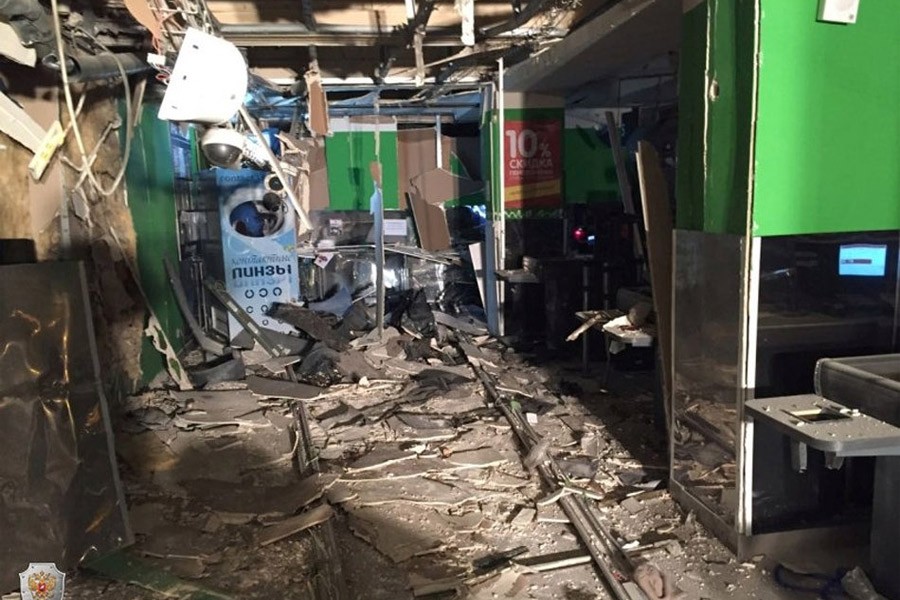 The so-called Islamic State (IS) militant group says it was behind Wednesday's bombing of a supermarket in the Russian city of St Petersburg that injured at least 13 people.

IS made the claim on its Amaq news outlet but gave no evidence, according to a BBC report.

President Vladimir Putin had earlier described the blast at the Perekrestok branch as a terrorist act.

It came as he signed a new law on Friday toughening sentences for terrorist recruitment.

IS has recruited thousands of fighters from Russia and former Soviet states and President Putin has previously warned of the dangers they pose if they return home.

Russia's intervention in the Syrian war on the side of the government is believed to have made it a key target for IS and other militant groups.

Initial reports after Wednesday's blast suggested that it was being treated by authorities as attempted murder.

But Putin, speaking at a military awards ceremony on Thursday, told the audience: "You know that yesterday in St Petersburg a terrorist act was carried out."

Russian officials described the bomb as a home-made device packed with lethal components that produced a blast equivalent to 200g (7oz) of TNT.

The bomb was hidden in a rucksack placed inside a locker used by shoppers to store their bags, Russian media reported.

Earlier this month, the Russian president and his US counterpart Donald Trump spoke by phone after information provided by the CIA helped Russian security services foil an attack on St Petersburg's Kazan cathedral.

At the time, Russia's Interfax news agency reported that a group had been planning attacks at a number of sites. Several people were reportedly detained.

In April, an explosion on the St Petersburg metro system killed at least 13 people and injured more than 50 others.

The new law which Putin signed on Friday raises the maximum sentence for terrorist recruitment from 10 years to life imprisonment.