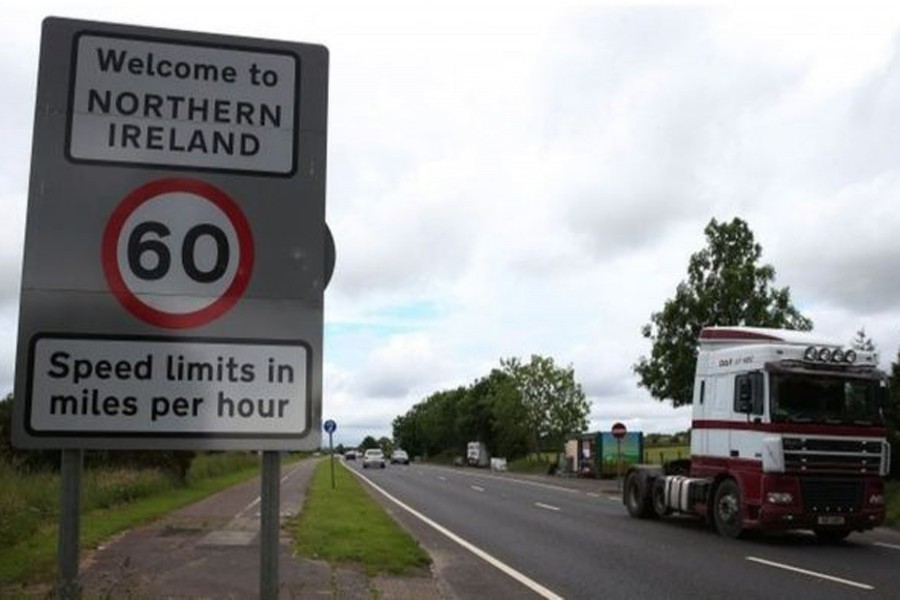 The draft withdrawal treaty will set out options for supporting cross-border trade and traffic. BBC/File Photo

Boris Johnson has said the row over the border in Northern Ireland is being used to frustrate Brexit.

The foreign secretary insisted there were "very good solutions" to avoid the need for a hard border.

There is a stand-off on the issue with the EU publishing a legal draft of its Brexit withdrawal agreement.

An option for Northern Ireland to follow EU rules to avoid a "hard border" - if an alternative arrangement is not agreed - has sparked a row.

The Democratic Unionist Party, which offers vital support in key votes to the Tory government, says details of the draft treaty have "fundamentally breached" an agreement reached in Brussels late last year.

Conservative Brexiteers say it is "completely unacceptable" and would effectively annex Northern Ireland.

The European Union's chief negotiator, Michel Barnier, unveiling the draft agreement, described this Northern Ireland border option as a "backstop" if no other proposals are found. And a former EU commissioner said it was down to the UK to come up with a solution, warning that "at a high pace we are heading to the cliff edge", reports BBC.

BBC assistant political editor Norman Smith said it was shaping up to become "the big Brexit bust-up" with both sides of the argument refusing to budge.

Johnson faced criticisism on Tuesday for suggesting in a BBC interview the issue of the border could be managed as easily as London's congestion charging zone.