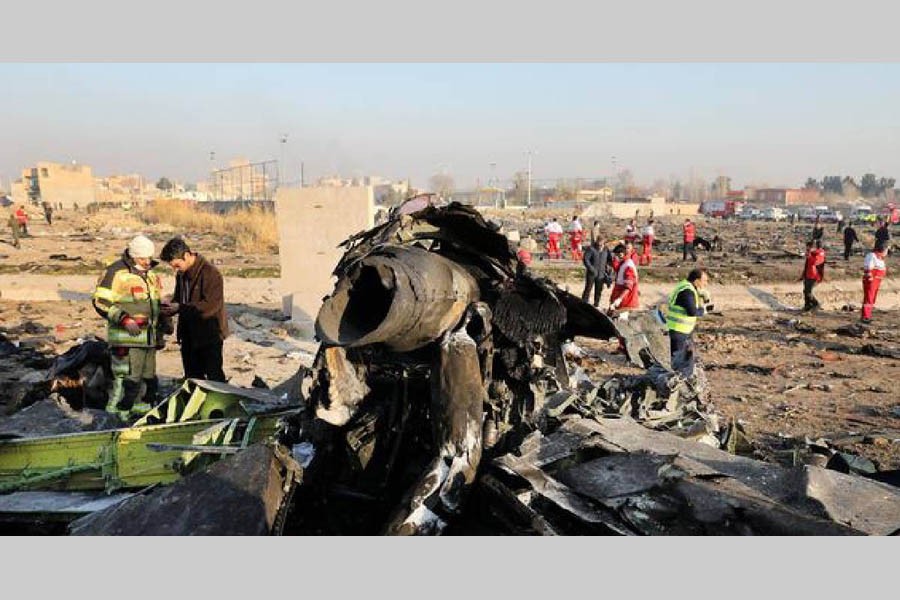 Iran has again rejected suggestions that one of its missiles brought down a Ukrainian passenger jet near the capital, Tehran, on Wednesday.

Its civil aviation chief said on Friday he was "certain" that the plane was not hit by a missile, according to a BBC report.

He was responding to claims by Western leaders that evidence suggested the plane had been hit by a surface-to-air missile, possibly in error.

New video appeared to show a plane being hit by a projectile over Tehran.

The crash of Ukraine International Airlines flight PS752 with the loss of 176 lives came just hours after Iran carried out missile strikes on two airbases housing US forces in Iraq.

US media have speculated that the airliner may have been mistaken for a warplane as Iran prepared for possible US retaliation.

Victims of the crash included 82 Iranians, 63 Canadians and 11 Ukrainians as well as nationals from Sweden, the UK, Afghanistan and Germany.

Iran has promised a full investigation. However, TV images from the crash site on Thursday showed a bulldozer helping to clear debris away, raising concerns that vital evidence could have been removed.