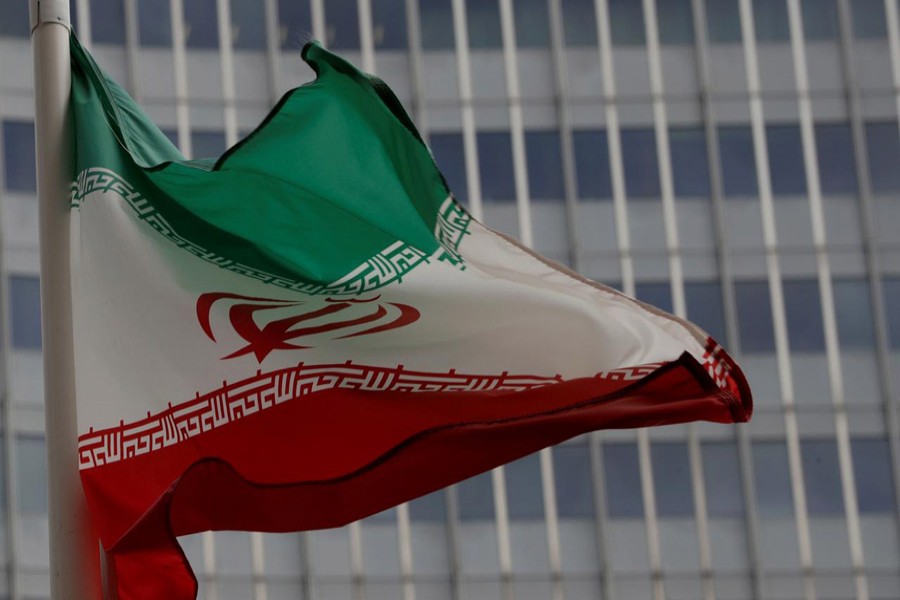 Iran is enriching uranium at its underground Fordow site and rapidly accelerating enrichment more broadly, a report by the UN atomic watchdog showed on Monday, outlining Tehran’s latest breaches of its 2015 nuclear deal with major powers.

Iran is overstepping the deal’s limits on its nuclear activities one after the other in response to the United States’ withdrawal from the accord last year and its reimposition of sanctions that have crippled Iran’s oil trade. Tehran says it can quickly undo those breaches if those sanctions are removed.

In perhaps its most symbolic breach yet, Iran said last week it had begun refining uranium at Fordow, a site built inside a mountain apparently to protect it from any aerial bombardment, and one that Tehran concealed from U.N. inspectors until 2009.

The 2015 deal banned enrichment and nuclear materials there but allowed some centrifuges for research purposes.

“Since 9 November 2019, Iran has been conducting uranium enrichment at the plant,” said a quarterly report by the International Atomic Energy Agency, which is policing the deal, sent to its member states and viewed by Reuters.

Washington says its “maximum pressure” campaign will force Iran to negotiate a more sweeping deal, covering its ballistic missile program and its role in Middle Eastern conflicts. Iran says it will not negotiate until sanctions are lifted. Other parties to the deal are trying to prevent its total collapse.

Since early July, Iran has also violated the deal’s caps on its stock of enriched uranium and the level to which it refines uranium, as well as a ban on enriching with anything other than its most basic centrifuge, the IR-1.

Iran has continued to increase the number of various types of advanced centrifuge with which it is enriching at the one site where enrichment is allowed under the deal, Natanz.

In the past two weeks it has begun enriching with two large, 164-machine cascades - which were removed under the deal - of the more advanced IR-2m and IR-4 centrifuges. Another cascade with the IR-6 is planned.

The rate at which Iran is producing enriched uranium has also increased, from 70-80 kg a month to around 100 kg a month currently and still accelerating, a senior diplomat said.

The report’s latest snapshot of Iran’s stock of enriched uranium was 372.3 kg, well above the deal’s 202.8-kg cap.

The deal as a whole is designed to keep Iran a year away from producing enough fissile material for a bomb if it chose to. So far that time has only shrunk slightly but it will take time for the effect of the latest changes to become clear, according to Reuters news agency.

In what appears to be a new breach of the deal, Iran has also installed small numbers of centrifuges not even mentioned in the accord, including single models of the IR-8s, IR-8B, IR-9 and IR-s, the report showed.

These moves raise pressure on the remaining parties to the deal - particularly France, Britain and Germany, which say they still hope to save the accord - to respond.

In a joint statement here Monday evening, those three countries' foreign ministers said they were "extremely concerned" by Iran's enrichment at Fordow, saying it "has potentially severe proliferation implications", but stopped short of taking concrete action for the time being.

“It is now critical that Iran upholds its JCPOA commitments and works with all JCPOA participants to de-escalate tensions,” they said, referring to the deal by its full name, the Joint Comprehensive Plan of Action.

At the same time, Iran has not gone full speed ahead on all fronts. The maximum fissile purity to which it has enriched so far remains 4.5 per cent, above the deal’s 3.67 per cent cap but still well below the 20 per cent Iran has achieved before and the 90 per cent required for the core of a nuclear bomb.

Iran has long said it wants enriched uranium only for civilian energy applications.