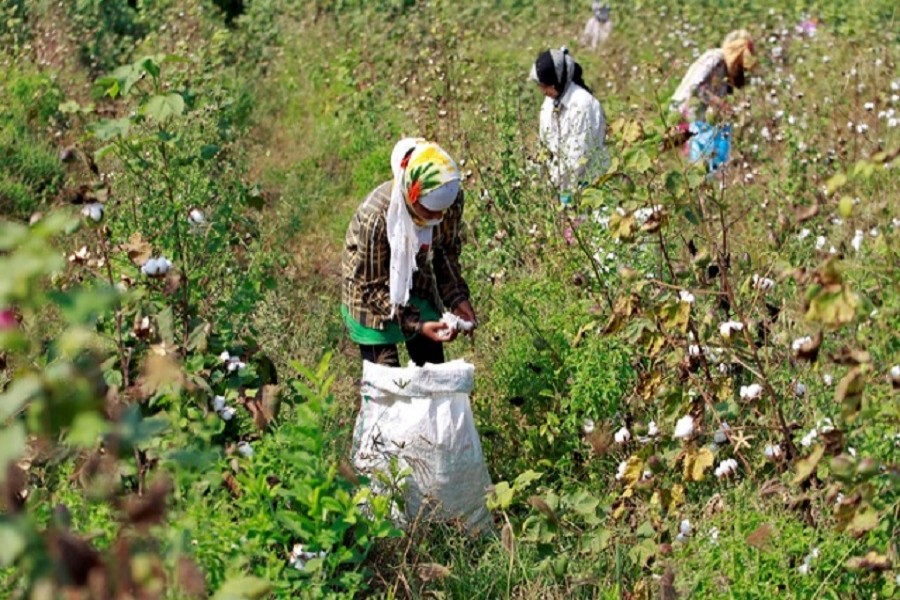 Workers harvest cotton in a field on the outskirts of Ahmedabad, India, Oct 24, 2016. Reuters

The western state of Maharashtra is investigating the deaths of the cotton farmers and labourers as a dry spell led to an outbreak of crop-eating bollworm pests that thrive in such weather.

"We have set up a committee to investigate the deaths caused by poisoning," Maharashtra Agriculture Minister Pandurang Fundkar said in an interview. "We are also seizing stocks of unauthorised pesticides."

The use of spurious pesticides, made secretly and sometimes given names that resemble the originals, has been rising in India. Counterfeits account for up to 30 percent of the more than $4 billion annual pesticide market, a government-endorsed study showed.

Fundkar said it was also possible some farmers and workers were not following prescribed methods while spraying pesticides, which led them to inhale or ingest fatal quantities.

GM cotton seeds, developed by US giant Monsanto, have helped transform India into the world's top producer and second-largest exporter of the fibre.

"Since the pest attack was severe this year farmers were aggressively spraying pesticides. Some of the pesticides were not recommended and poisonous," said a top Maharashtra farm official, who declined to be named as he was not authorised to speak to media.

Some of the more than 600 farmers and labourers treated for pesticide poisoning over the past few months are still in hospital, he added.

An independent fact-finding team that visited the state this week said farmers desperate to save their investments were resorting to "various misadventures", including use of larger dosages than recommended.

"The real culprit is the poison that has been allowed to be registered, manufactured, sold and used," it said in a statement. "The only far-reaching way by which the current problem can be tackled is by eliminating these toxins."