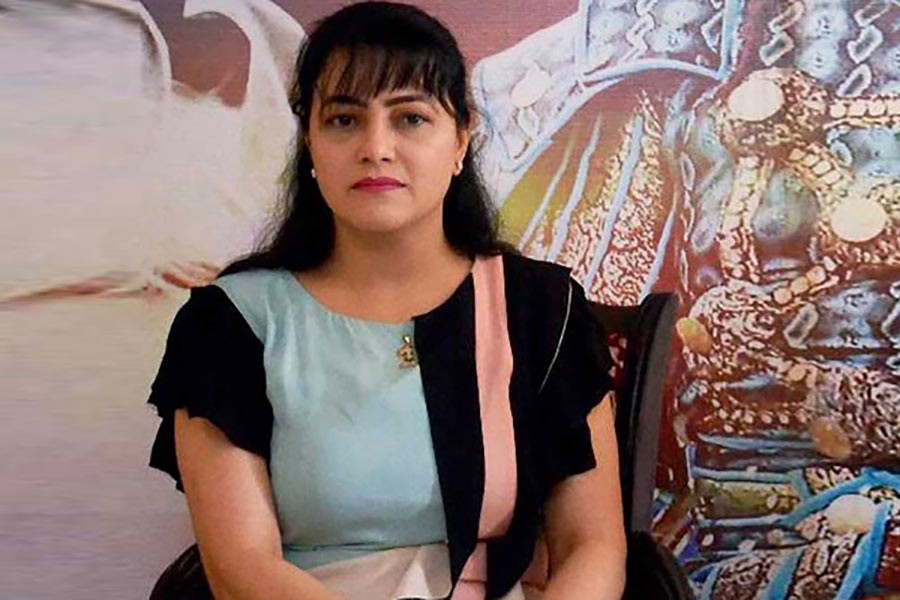 Honeypreet Insan, the 'adopted daughter' of India's self-declared guru Gurmeet Ram Rahim Singh, was arrested on Tuesday after being hunted for over a month by the police.

The 36-year-old was arrested on the highway near Chandigarh, Chandigarh, the capital of the northern Indian states of Punjab and Haryana, along with another woman, reports NDTV.

Ram Rahim's closest aide, who calls herself "Papa's Angel", had been missing since she was seen escorting him in a special chopper to a jail in Rohtak on August 25, when the Dera Sacha Sauda chief was declared guilty of raping two followers.

Rioting by Dera supporters in cities in Haryana that day led to 38 deaths.

She was bumped up to the top of Haryana's most wanted list and airports and border police were warned about her.

The high profile fugitive surfaced this morning on TV channels, denying the charges against her and also defending her relationship with her flamboyant mentor, who is serving 20 years in prison for the two rapes.

Hours later, the police confirmed that she was arrested by a Special Investigation Team and questioned in Panchkula. She will be produced before a court tomorrow.

Earlier today, she told the media that she was "devastated and depressed" by the allegations against "Papa" and her. "When Papa went away (was jailed), my world came crashing down," she said.

Honeypreet, whose real name is Priyanka Taneja, was an important part of the flashy and outrageous lifestyle that Ram Rahim enjoyed until he was jailed in August. She also co-starred with him in five films that he produced.