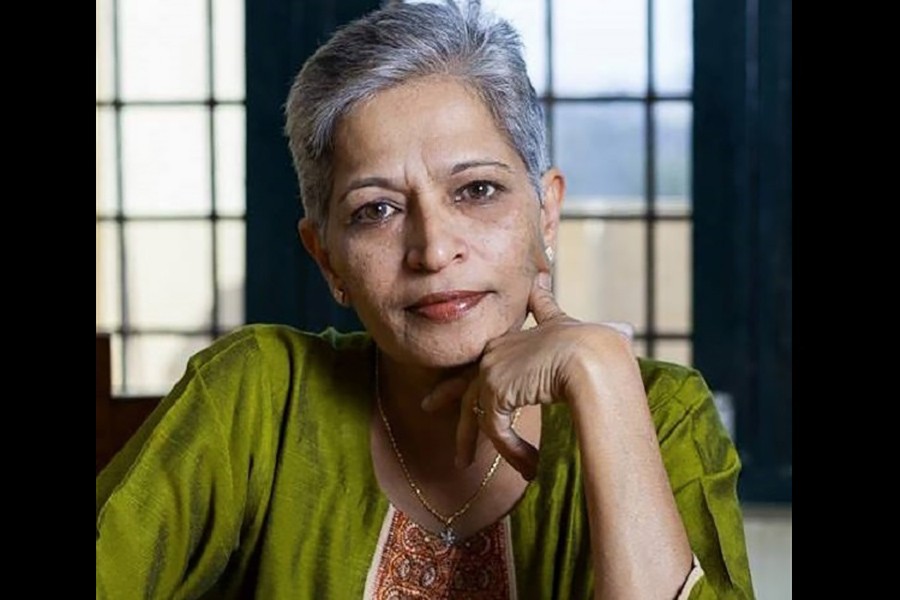 Gauri Lankesh was known as a fearless and outspoken journalist. - Photo collected

A prominent Indian journalist critical of Hindu nationalist politics has been shot dead in the south-western state of Karnataka, police say.

Gauri Lankesh, 55, was found lying in a pool of blood outside her home in the city of Bangalore on Tuesday.

She was shot in the head and chest by gunmen who arrived by motorcycle. The motive for the crime was not clear.

Gauri Lankesh, who edited a weekly newspaper, was known as a fearless and outspoken journalist.

She had returned home in her car on Tuesday night and was opening the gate when the attackers shot her, police said. She died on the spot.

Officials said they suspected she had been under surveillance by the gunmen. An investigation has been opened.

Her death has been widely condemned, with Karnataka state's chief minister Siddaramaiah calling it an "assassination on democracy".

Ms Lankesh came from a well-known family, and edited Lankesh Patrike, a newspaper founded by her father P Lankesh, a left-wing poet and writer.

She was the sister of award-winning filmmaker Kavitha Lankesh.

Ms Lankesh was convicted of defamation in 2016 for a report she published on local BJP leaders.

She was sentenced to six months in jail, and was out on bail and appealing the conviction at the time of her death.

In an interview with Narada News last year shortly after her conviction, she criticised BJP's "fascist and communal politics" and added: "My Constitution teaches me to be a secular citizen, not communal. It is my right to fight against these communal elements."

"I believe in democracy and freedom of expression, and hence, am open to criticism too. People are welcome to call me anti-BJP or anti-Modi, if they want to. They are free to have their own opinion, just as I am free to have my opinion."