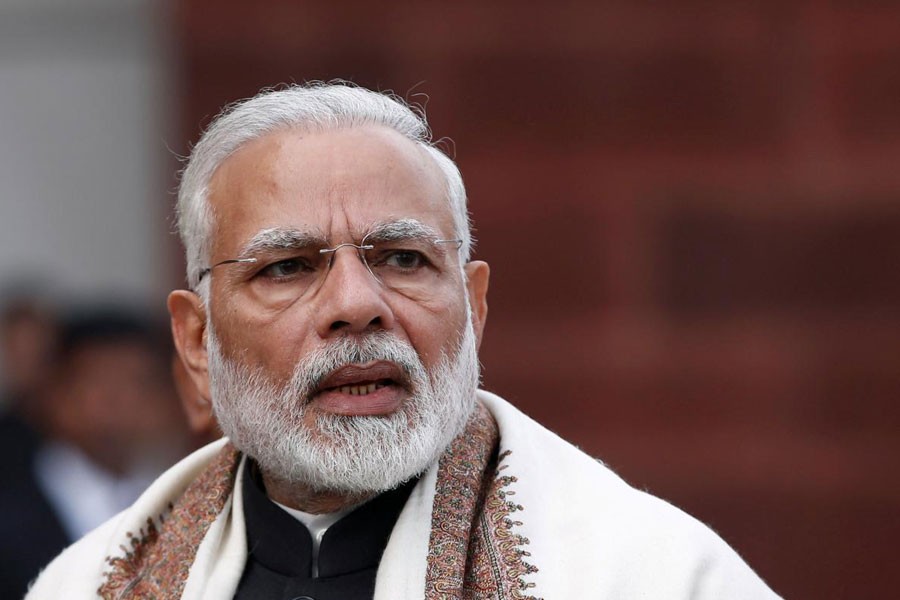 The law offers citizenship to non-Muslims from three nearby countries.

The government says it will protect people from persecution, but critics say it is part of a "Hindu nationalist" agenda to marginalise India's Muslims.

Mr Modi said the law "will have no effect on citizens of India including Hindus, Muslims, Sikh, Jain, Christian and Buddhists".

The prime minister also told his supporters at a rally on Tuesday that the opposition was "spreading lies and rumours", "instigating violence" and "used its full force to create an atmosphere of illusion and falsehood".

Home Minister Amit Shah echoed the sentiment to media saying "both my government and I are firm like a rock that we will not budge or go back on the citizenship protests".

Who is protesting and why?

There have been demonstrations in cities across India, reports the BBC.

Opponents say the law is exclusionary and violates the secular principles enshrined in the constitution. They say faith should not be made a condition of citizenship.

Others though - particularly in border states - fear being "overrun" by new arrivals from Afghanistan, Bangladesh and Pakistan.

Many of the student demonstrations focus less on the law itself but more on the alleged police brutality against protesters.

The capital Delhi has seen mass protest over the past days after a student protest on Sunday turned violent and left dozens injured.

How violent are the protests?

Meanwhile, the Supreme Court refused to hear a petition against the police action inside Delhi's Jamia Millia Islamia University, where on Sunday they allegedly attacked students inside campus premises.

A man injured during the protests on that day told the BBC he saw police shoot at him with a pistol or revolver.

Authorities deny police used live ammunition and have suggested the wounds might be from shrapnel from tear gas canisters.

Earlier this week, Mr Modi had attempted to calm tensions in a series of tweets saying "this is the time to maintain peace, unity and brotherhood".

What is the law about?

It also expedites the path to Indian citizenship for members of six religious minority communities - Hindu, Sikh, Buddhist, Jain, Parsi and Christian - if they can prove that they are from Pakistan, Afghanistan or Bangladesh. They will now only have to live or work in India for six years - instead of 11 years - before becoming eligible to apply for citizenship.

The government, led by the Hindu nationalist Bharatiya Janata Party (BJP), says this will give sanctuary to people fleeing religious persecution.