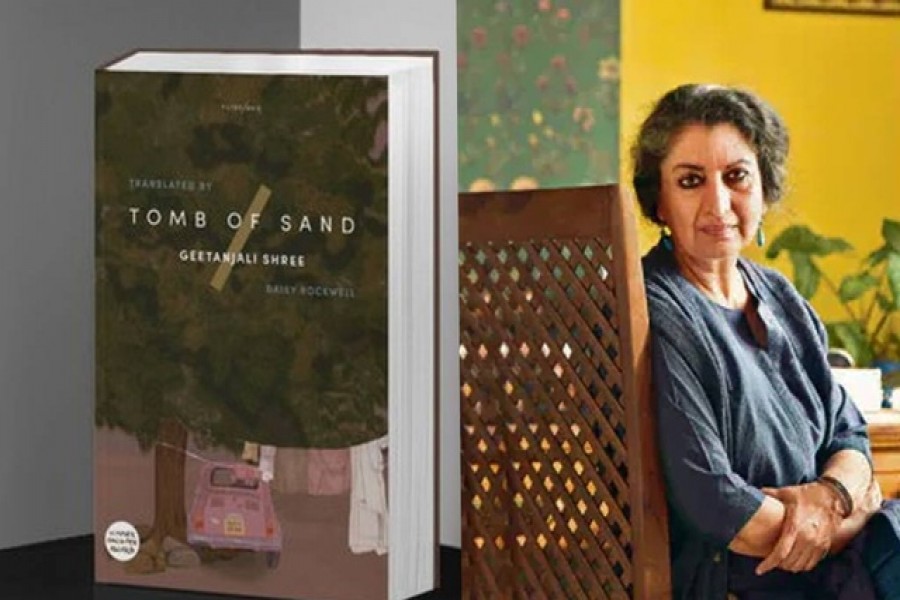 Her novel Tomb of Sand, a family saga set in the shadow of the partition of India, follows an 80-year-old woman after the death of her husband.

It was the first Hindi-language book to be shortlisted for the £50,000 prize.

"I never dreamt of the Booker, I never thought I could," Shree said, adding "What a huge recognition. I'm amazed, delighted, honoured and humbled."

In her acceptance speech she said that being the first book in Hindi to win the prize felt good, Press Trust of India reported.

"Behind me and this book lies a rich and flourishing literary tradition in Hindi, and in other South Asian languages. World literature will be the richer for knowing some of the finest writers in these languages," she said.

Frank Wynne, the chair of judges, told BBC World Service that the panel were "captivated by the power, the poignancy and the playfulness" of her novel.

"This is a luminous novel of India and partition, but one whose spellbinding brio and fierce compassion weaves youth and age, male and female, family and nation into a kaleidoscopic whole," he said.

He added that he had not read anything like it before, and its "exuberance" and "passion" make it a book "the world could do with right now."

The prize money will be split between Shree and the book's translator, US-based Daisy Rockwell.