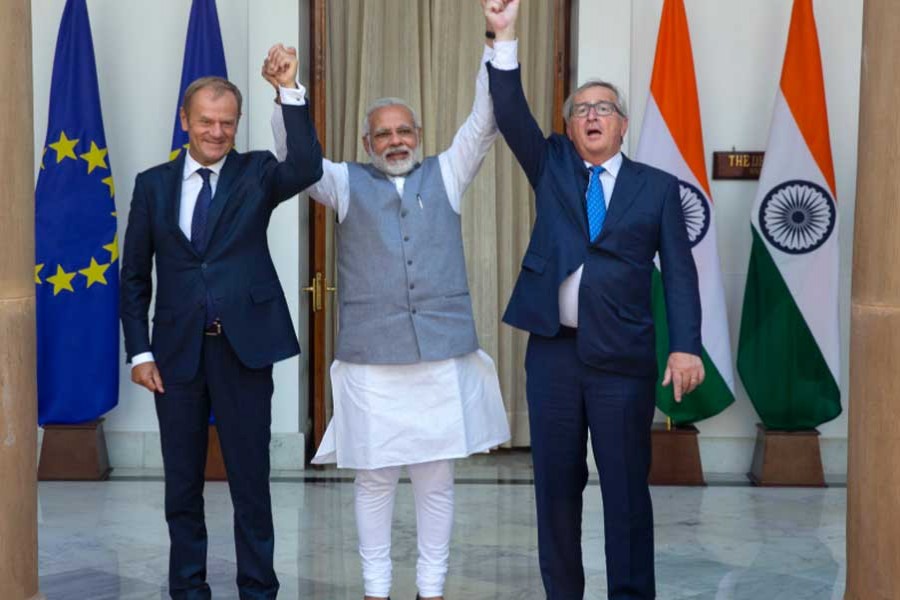 The European Union and India have agreed to step up cooperation in countering violent extremism and radicalization, particularly online, and in enhancing maritime security in the Indian Ocean and beyond, reports AP.

A joint declaration issued at the end of the 14th EU-India Summit on Friday says the two sides are looking forward to a resumption of exercises between EU military ships and the Indian navy.

The two sides also discussed the refugee crisis involving more than 500,000 Rohingya Muslims fleeing from violence in Myanmar, and called for a de-escalation of tensions and their voluntary return home in safety and dignity.

The EU delegation was headed by European Council President Donald Tusk, and the Indian side by Prime Minister Narendra Modi.