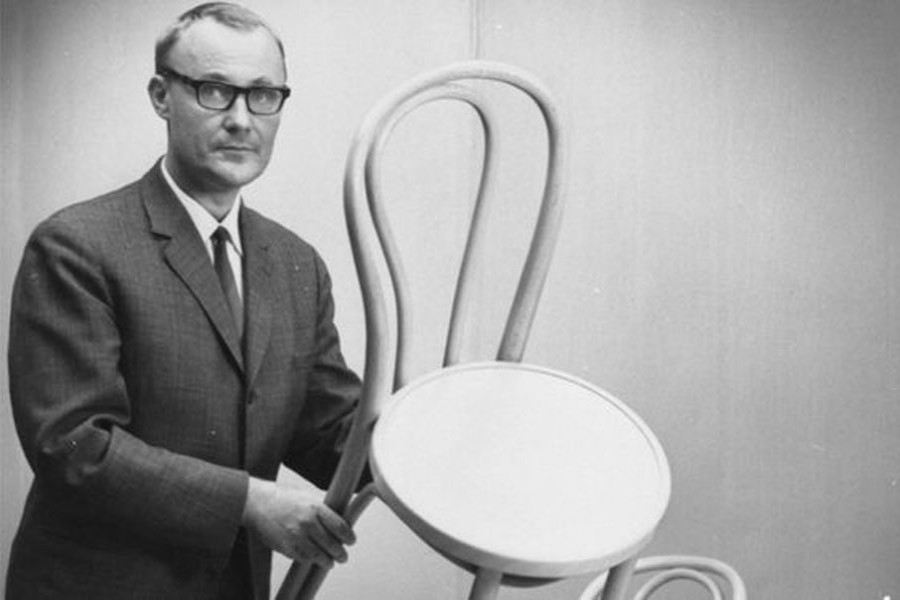 The Swedish founder of the Ikea furniture chain, Ingvar Kamprad, has died at the age of 91, the company has announced.

Mr Kamprad - who pioneered flat-pack furniture - died at his home in Småland, Ikea confirmed in a statement.

The company said that Mr Kamprad was "one of the greatest entrepreneurs of the 20th century".

The billionaire, who was born in 1926 in Småland, founded Ikea at the age of 17, reports BBC.

He used some money his father had given him as a gift for performing well at school despite his dyslexia.

In the later years of his life, Mr Kamprad faced questions over his past links to fascist groups - something he admitted, but said was a "mistake".

In a statement on Sunday, Ikea said that Mr Kamprad had "peacefully passed away at his home".

"He worked until the very end of his life, staying true to his own motto that most things remain to be done," it added. Mr Kamprad eventually stepped down from the company's board in 2013, at the age of 87.

"Ingvar Kamprad was a great entrepreneur of the typical southern Swedish kind - hardworking and stubborn, with a lot of warmth and a playful twinkle in his eye," the company said.

His company's designs became popular in part because of their simplicity and value.

Furniture designer Jeff Banks said that Mr Kamprad's creations radically changed how people made and designed products for the home.

"People have tried to reproduce and copy that, but unsuccessfully," he said.

Mr Banks added that the designs produced and sold through the retailer made good use of recyclable products, adding that Mr Kamprad was "head and shoulders above the rest".

Mr Kamprad is reported to have come up with the idea of flat-pack furniture after watching an employee remove the legs from a table in order to fit it into a customer's car.

Mr Kamprad was renowned for his devotion to frugality, reportedly driving an old Volvo and travelling by economy class.

In a 2016 interview with Swedish television channel TV4, Mr Kamprad said that it was "in the nature of Småland to be thrifty".

"If you look at me now, I don't think I'm wearing anything that wasn't bought at a flea market," he said.

He told the channel that he built his business on a "local ethos".

"We have Småland in the blood, and we know what a krona is - even though it is not as much as it was when we bought candy and went to elementary school," he said, referring to the Swedish currency.

People took to social media on Sunday to pay their respects to the "greatest Swedish entrepreneur to have ever lived".

Ikea has remained privately-owned under a Dutch trust operated by the Kamprad family. Its complex business structure has drawn controversy and the European Commission said last year that it had launched an investigation into Ikea's tax arrangements.

The European Green Party said that the arrangement had allowed the company to avoid paying some €1bn in tax between 2009 and 2014.

A spokesman for Dutch-based Inter Ikea, one of the company's two divisions, said that the company had been taxed "in accordance with EU rules".

In an interview in the 1980s, Mr Kamprad said that his vision for Ikea was that it would be a company that would make life easier for its customers.

In more recent years, Mr Kamprad had faced scrutiny over his past links to Nazi groups.

The tycoon revealed some elements of his past in a book in 1988, admitting that he was a close friend of the Swedish fascist activist Per Engdahl, and a member of his New Swedish Movement between 1942 and 1945.

He said that his involvement was youthful "stupidity" and the "greatest mistake" of his life.

But a 2011 book by Elisabeth Asbrink alleged details beyond what Mr Kamprad had previously admitted. She wrote that he was an active recruiter for a Swedish Nazi group, and stayed close to sympathisers well after World War Two.

At the time a spokesman for Mr Kamprad said he had long admitted flirting with fascism, but that there were now "no Nazi-sympathising thoughts in Ingvar's head whatsoever".