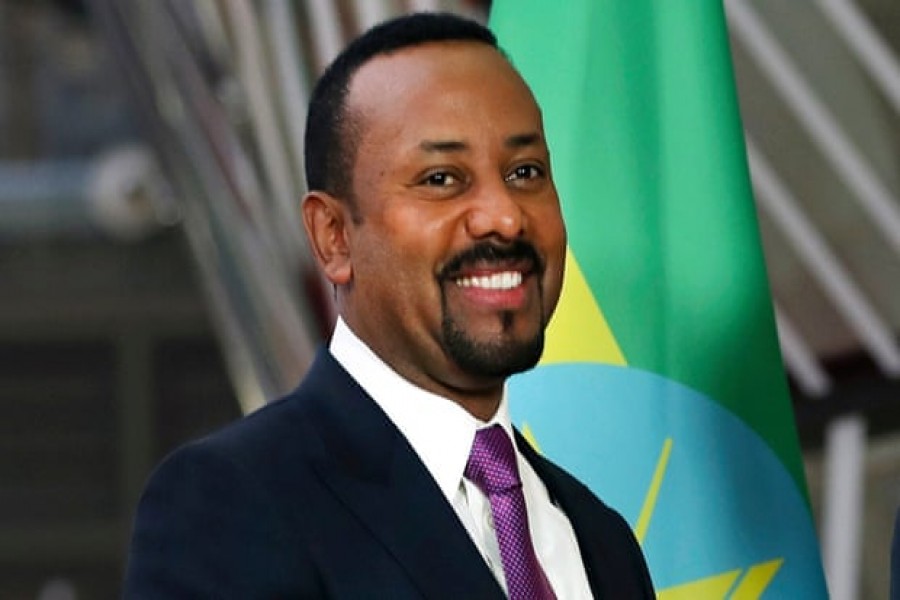 Ethiopia found itself in the global spotlight for all the right reasons after Abiy Ahmed, its young, dynamic prime minister. was awarded the Nobel Peace Prize.

Awarded since 1901 for outstanding contributions to peace, the 2019 prize recognised Abiy's "efforts to achieve peace and international cooperation, and in particular his decisive initiative to resolve the border conflict with neighbouring Eritrea", announced the Norwegian Nobel Committee.

Amnesty's secretary-general also noted how since assuming office in April 2018, Abiy's government has reformed the security forces, replaced the controversial charities and society law that restricted the freedoms of charities and civic organisations, and helped broker an agreement between Sudan's military leaders and the civilian opposition, bringing an end to months of protests.

"He deserves it, look at what he has achieved in East Africa in just a year," Dereje Dessie, a 32-year-old TV maker, told IPS during Friday (October 11) lunchtime in an Addis Ababa diner. "He's collaborated with Eritrea, Djibouti and Sudan and made the region better."

"Bringing together Ethiopia and Eritrea was huge, from a humanitarian point of view you had family members who hadn't been able to see each other for more than 15 years," Mohammed told IPS. "But that's all he can get the award for."

While generally lauded on the international scene-many were not surprised by him winning the award-the domestic-based lauding that met Abiy's early months in power has become noticeably less pronounced of late.

Ethiopia is undergoing a period of protracted tumult. The country is riddled with ethnic tensions between its major ethnic groups like the Oromo, Amhara and Tigrayan, and then in turn between them and smaller ethnic groups.

During the first half of 2018, Ethiopia's number of internally displaced people (IDP) grew to 1.4 million - spurred mainly by clashes between Oromo and Somali in both Oromia and Somali regions - exceeding IDP numbers in Syria.

By the end of last year, after further clashes between the Oromo and Gedeo in Oromia's West Guji zone, the IDP population had mushroomed to nearly 2.4 million and remains close to that figure.

Lately, concerns have been voiced by some that religious-based tensions could be further compounding an already volatile situation.

Since July 2018, about 30 Ethiopian Orthodox churches have been attacked, mainly in eastern and southern Ethiopia, with more than half of them burned to the ground, according to the Amhara Professionals Union (APU), a United States-based diaspora organisation that has attempted to track events.

"Prime Minister Abiy Ahmed's work is far from done," Naidoo said. "This award should push and motivate him to tackle the outstanding human rights challenges that threaten to reverse the gains made so far. He must urgently ensure that his government addresses the ongoing ethnic tensions that threaten instability and further human rights abuses."

Naidoo added that Abiy must also ensure that his government revises the Anti-Terrorism Proclamation which "continues to be used as a tool of repression, and holds suspected perpetrators of past human rights violations to account."

As with Ethiopia's ongoing domestic challenges leading to more criticism of Abiy, after the jubilant scenes that greeted the apparent resolution with Eritrea-which was indeed historic, opening the border for the first time in 20 years, hence it played a large part in the Nobel Peace Prize committee's decision-the current situation at the border indicates that Abiy has not achieved what was initially hoped for.

By the end of 2018, Eritrea began closing the recently opened border posts, and since then dialogue between the Eritrean and Ethiopian governments has become noticeably less apparent.

"The peace deal unfroze diplomatic relations, reopened telephone lines, and has allowed some travel between the two countries," says William Davison, Crisis Group Senior Analyst for Ethiopia. "But key border disputes are unresolved, and Eritrea remains without constitutional government, so there has been no peace dividend yet for its long-suffering citizens."

When it comes to resolving relations with Eritrea and problems on the domestic front, Abiy is dealing with multiple competing self-interested forces all vying for influence and power, and often at odds with Abiy's reforming agenda.

Some commentators suggest the challenges have been exacerbated by Abiy moving too fast with his rapid-fire reforms, especially for a country whose political system is based on ethnic federalism to maintain harmony across the country's nine regions that house more than 80 different ethnic groups. The result has opened a Pandora's Box of political machinations and intrigues.

"So many people have come from outside Ethiopia and are now influencing all the different groups here, playing off things like different ethnicity, language, religion," Dereje said. "There's only so much Abiy can do; the people have to also do something if things are to be better."

Abiy finds himself in a position similar to that of American President Barack Obama, who was awarded the Nobel Peace Prize early in his presidency.

Many argue that Obama failed to live up to the award, especially in his foreign policy stances on the likes of Syria. Abiy still has a chance to deliver on the promise, but in talking to Ethiopians in Addis Ababa, it appears that while many are pleased for him and feel the award was justified for his international successes, they remain worried about whether Abiy can deliver what Ethiopia needs.

"There is a lot of work to do to achieve a new domestic political settlement between fractious actors, and there are also major obstacles to advancing the Eritrea peace process, suggesting that Abiy's hardest challenges lie ahead," Davison said.