HR values must be shielded: Zeid 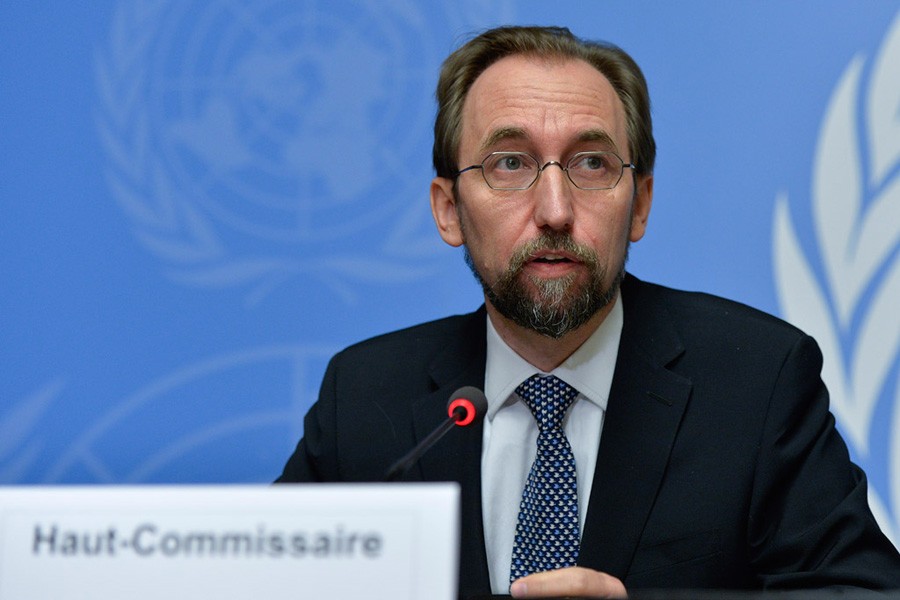 “We see a backlash against many human rights advances, including on the rights of women and those of many minorities, in the Americas, Asia, Africa and Europe,” he said in a statement on the occasion of Human Rights Day that falls on December 10.

Zeid said they see political leaders who openly deny the fundamental truth of article 1 of the Universal Declaration which states that ‘All human beings are born free and equal in dignity and rights.’

“The Universal Declaration is a commitment, by all States, that they will protect and promote human rights. It is essential that we continue to hold those States to account. But human rights are too important to be left to States alone – too precious to all of us, and to our children,” the UN rights boss was quoted in a statement UNB received from Geneva.

Human Rights Day falls on December 10 every year, the day when, back in 1948, the Universal Declaration of Human Rights – the world’s most widely translated and possibly most influential document – was proclaimed by the United Nations General Assembly, itself just three years old at the time.

“It will also, I hope, be a year of intense and profound reflection on the continuing and vital importance of each and every one of the 30 articles contained in this extraordinary document,” Zeid said.

He mentioned that the Universal Declaration was drawn up by a world wounded by war, the remedy prescribed by States to inoculate their populations against their own worst instincts and omissions.

“It was drawn up by representatives, and endorsed by leaders, of countries from all continents, who were – to quote from the Declaration’s preamble – fully, recently, sorely, aware that ‘disregard and contempt for human rights have resulted in barbarous acts which have outraged the conscience of mankind,” he said.

“Ultimately it is up to us, to ‘we the people,’ for whom this Declaration was written. It is up to me; to you; to everyone in every city, province and country where there is still space to express thoughts, participate in decisions, raise one's voice. We need to act to promote peace, fight back against discrimination, and to uphold justice,” Zeid added, as per UNB agency.

He said all must organize and mobilise in defence of human decency, in defence of a better common future.
“We must not stand by, bewildered, as the post-World War II system of values unravels around us. We must take a robust and determined stand: by resolutely supporting the human rights of others, we also stand up for our own rights and those of generations to come,” he added.