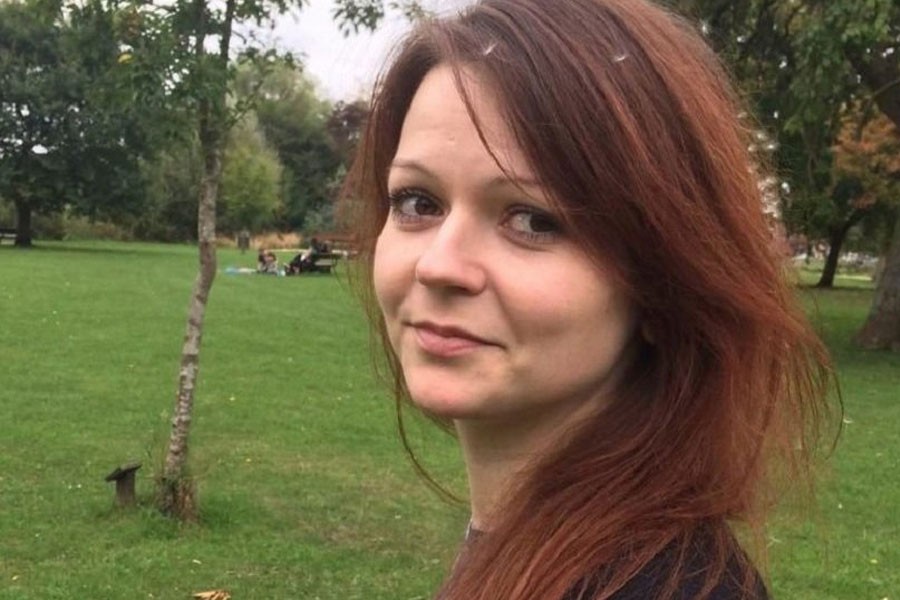 Yulia Skripal, the poisoned daughter of Russian ex-spy Sergei, has been discharged from hospital.

The 33-year-old was discharged from Salisbury District Hospital on Monday and taken to a secure location.

Her 66-year-old father remains in hospital but his condition is ‘improving rapidly’, reports the BBC.

The pair were taken to hospital on 4 March after being exposed to the toxic nerve agent Novichok.

The father and daughter were found slumped on a park bench in the centre of Salisbury.

Det Sgt Nick Bailey, who attended the scene, was also treated in hospital after being exposed to the nerve agent, but has since been discharged.

A statement from Yulia Skripal released through the Metropolitan Police last week said her ‘strength is growing daily’.

The UK government says Russia was behind the poisoning, but Moscow has denied any involvement and accused the British of inventing a ‘fake story’.

Samples of the nerve agent have been tested by the Defence Chemical Biological Radiological and Nuclear Centre at Porton Down in Wiltshire, in an attempt to verify its source.

Its head said the precise source of the nerve agent had not been verified, but it was likely to have been deployed by a ‘state actor’.