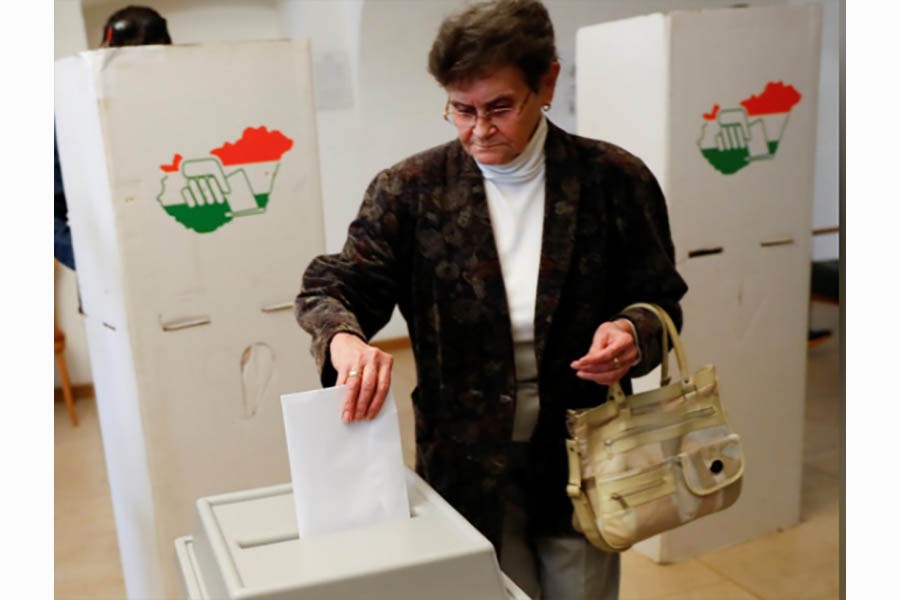 Hungary’s Prime Minister Viktor Orban launched a last-ditch effort to mobilise supporters in Hungary’s parliamentary election on Sunday, as interim turnout ran even higher than in a 2002 vote that consigned him to eight years in opposition.

After an acrimonious campaign in which rightwing nationalist Orban projected himself as a saviour of Hungary’s Christian culture against Muslim migration into Europe, all opinion polls put his Fidesz party well ahead, reports Reuters.

A strong victory could embolden him to put more muscle into a Central European alliance against the European Union’s migration policies. Orban, Hungary’s longest-serving post-communist premier, opposes deeper integration of the bloc.

Long lines of voters were seen at polling stations. In central London, emigre Hungarians queued for hundreds of metres in the rain to vote, some waiting for more than two hours.

Some pollsters said voter turnout above 70 per cent could signal that the opposition was mobilising supporters efficiently, and might even deprive Fidesz of its parliamentary majority.

But he added that since all parties, including Fidesz, had mobilised intensively, it did not necessarily mean Orban was threatened with defeat.

Orban has far-right admirers across Europe who like his tough line on migrants and a landslide win would show that his single-issue campaign, arguing that migration poses a security threat, had paid off.