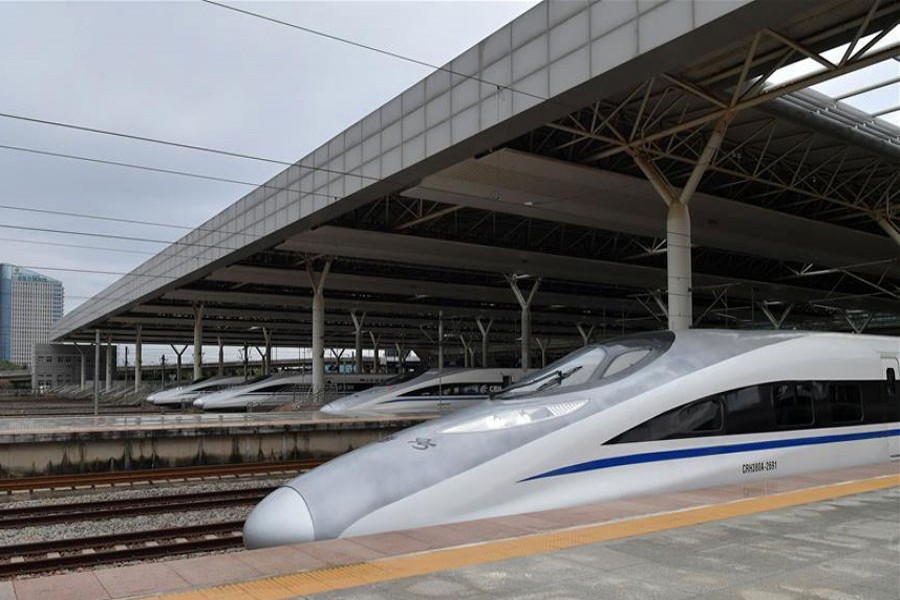 A high-speed railway opened on Thursday threading Nanchang, capital of east China's Jiangxi Province, Jinggangshan, the "cradle of the Chinese revolution," and China's rare earth base of Ganzhou.

The high-speed railway with a design speed of 350 km per hour shortens the former train trip of more than 4 hours to less than 2 hours on the 418-km line.

Jinggangshan has become a famous tourist destination for visitors from home and abroad, which boasts both pristine natural scenery and the cultural heritage of the revolution.

The first railway was laid to the city in 2006, and in May 2004, the Jinggangshan Airport opened, injecting great vitality into the mountainous area.

"The opening of the high-speed railway service has further accelerated the development of the old revolutionary base," said Chen Shenghua, professor at the China Executive Leadership Academy Jinggangshan.

An economic development zone has been planned near the Ji'an West Railway Station in Jinggangshan, which has a planned area of 7.6 square km.

"The high-speed railway has opened up a new channel for Jinggangshan. Many enterprises from the coastal provinces are eyeing the mountain tourist resources in the area," said Xiao.