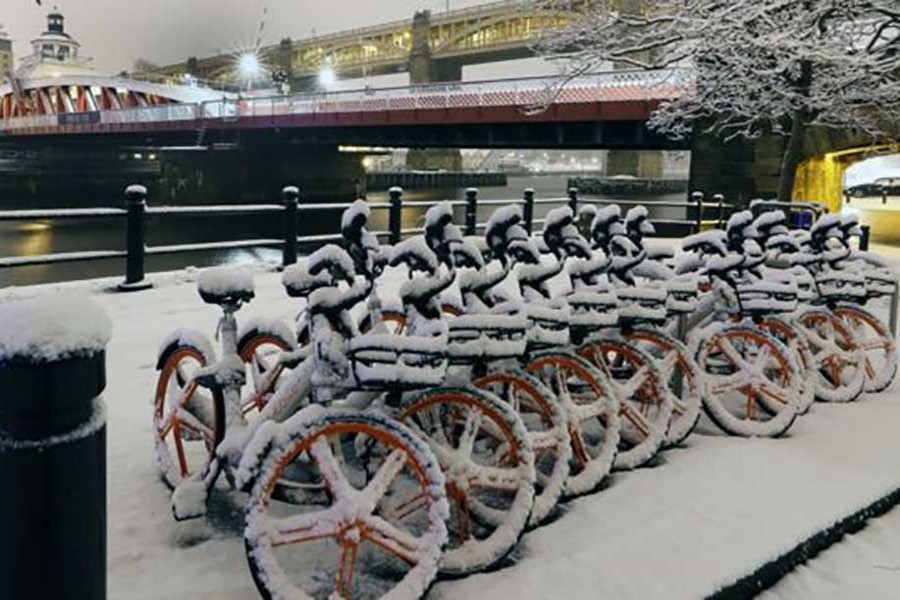 Four people have been killed in car crashes as heavy snow has forced hundreds of schools to close and brought major travel disruption to the UK.

Scores of trains and flights have been cancelled, while some roads were shut after a blanketing of snow, with police forces reporting treacherous driving conditions and blocked routes, reports The Independent UK.

Amber and yellow snow and ice warnings are in place across the North East, the Midlands, the East of England and the South East, the Met Office said, with delays, closures and stranded vehicles expected.

It said the wintry blast, dubbed the "Beast from the East," will cause temperatures to tumble, with the country potentially facing the coldest weather since 1991.