Serbia’s president says the plane was not carrying dangerous materials 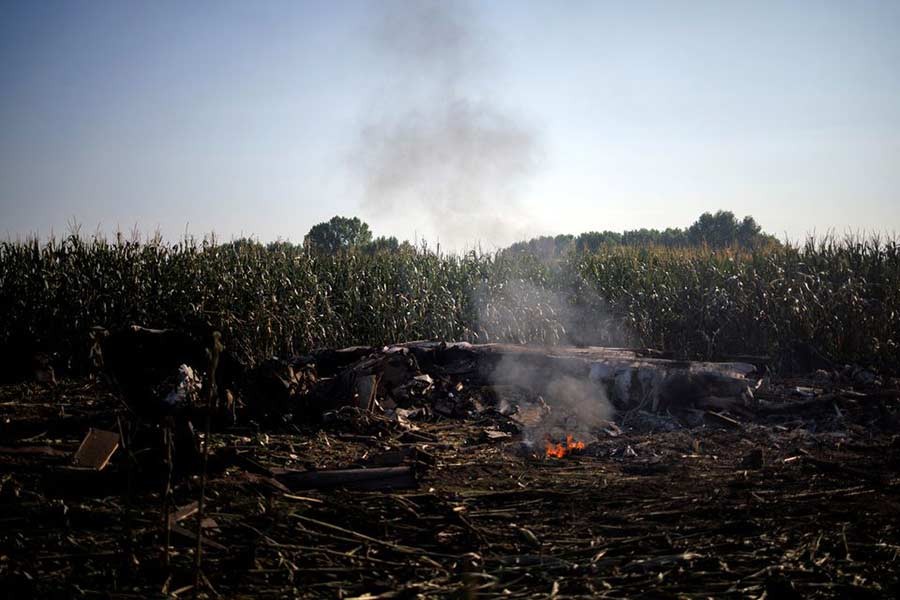 Greece has protested to Serbia and Ukraine for not being timely informed about the munitions cargo on board a Ukrainian aircraft which crashed near the northern city of Kavala on Saturday night, Greek diplomatic sources said.

The Antonov An-12 carrying 11.5 tonnes of defence products made in Serbia and procured for Bangladesh came down in a ball of flames, exploding on impact in corn fields at about 2000 GMT on Saturday. Its eight Ukrainian crew members were killed, reports Reuters.

The Greek foreign ministry has lodged a demarche with Ukraine's ambassador in Athens over the need for Greece's prior notice by Ukraine regarding the nature of the aircraft's cargo, a Greek diplomatic source said.

Greek diplomatic sources said earlier on Monday that Greece would also protest against Serbia for the same reason.

According to Anadolu Agency, Serbia’s president said Monday that the crash over the weekend of a Ukrainian cargo plane in northern Greece was a tragic accident but it was not carrying dangerous materials.

Aleksandar Vucic was speaking at a press conference in the capital Belgrade about the incident.

"Unfortunately, it was a tragic accident, but there were no dangerous materials (on the plane). There were practice and lighting mines,'' said Vucic.

Greek authorities cordoned off the site on Saturday and later banned people from moving around and advised residents to keep doors and windows shut, as firefighters with the special disaster response unit were investigating the area.

A fire brigade official said on Sunday morning that white dust was floating in the air. In the evening, Greek authorities said that tests showed the substances released in the air after the accident was not toxic or hazardous to public health.

Greek opposition parties have accused the conservative government of not providing information on the cargo and urged it to investigate the incident further.

A prosecutor has launched an investigation into the accident. The bodies of the crew members will be examined by a coroner, according to state TV ERT.