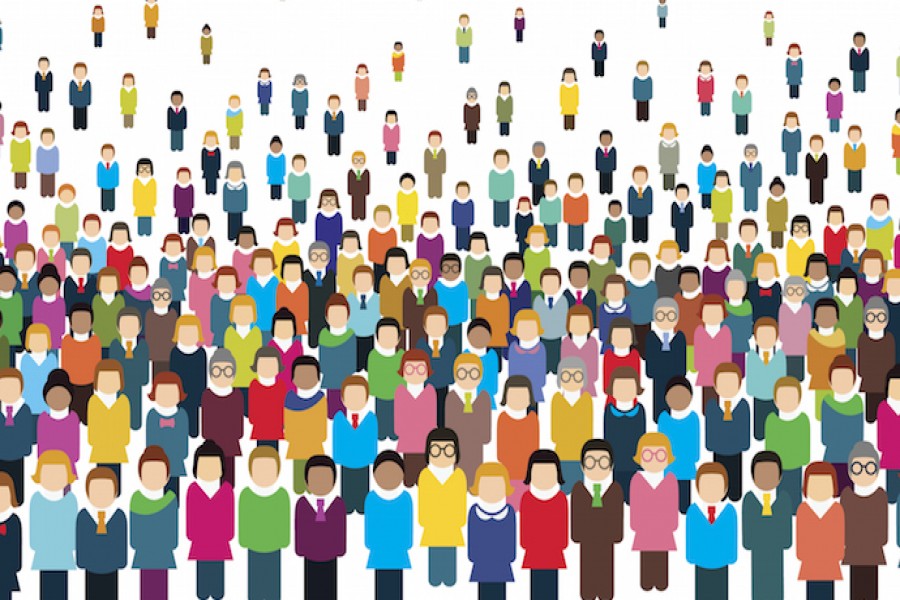 The United Nations on World Population Day on Saturday showed in its world population trend that the number of global population stands at about 7.7 billion.

“It took hundreds of thousands of years for the world population to grow to 1 billion but in just another 200 years or so, the global population grew sevenfold,” the UN data shows, reports UNB.

This dramatic growth has been driven largely by increasing numbers of people surviving to reproductive age, and has been accompanied by major changes in fertility rates, increasing urbanization and accelerating migration.

These trends will have far-reaching implications for generations to come. The recent past has seen enormous changes in fertility rates and life expectancy.

According to the Global Population Trend by the UN, in the early 1970s, women had on average 4.5 children each; by 2015, total fertility for the world had fallen to below 2.5 children per woman.

In addition, the world is seeing high levels of urbanization and accelerating migration.

The year 2007 was the first year in which more people lived in urban areas than in rural areas, and by 2050 about 66 percent of the world population will be living in cities.

There may never be a 'silver bullet' for coronavirus, WHO alerts

Final days of hajj and Eid festival impacted by coronavirus

'Vaccine nationalism': Is it every country for itself?

Climate emergency ‘a danger to peace’

WHO finds no proof of herd immunity yet