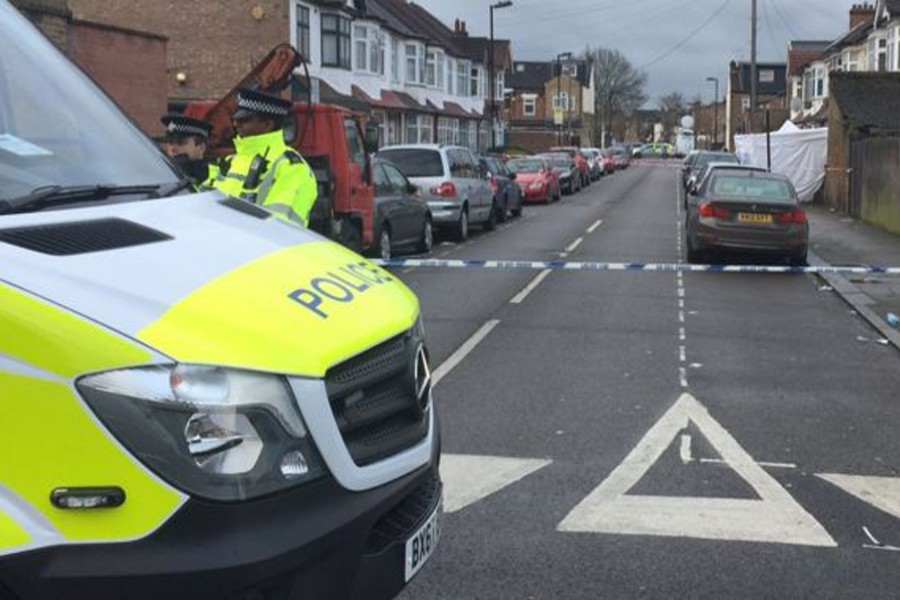 Two shootings in London in the space of an hour have left a 17-year-old girl dead and a boy, 16, critically ill.

The teenage girl was found with a bullet wound in Tottenham on Monday night and pronounced dead at the scene.

The boy had been found with gunshot wounds in Walthamstow earlier, with another boy, 15 who had stab injuries.

The shootings come amid concerns over rising violent crime in the capital. Police are not treating the shootings as linked.

A police cordon is still in place in Chalgrove Road, near Northumberland Park, where the girl was pronounced dead at 22:43 BST.

A witness said a woman, believed to be the victim's mother, began ‘screaming’ when she discovered the girl shortly after the shooting.

A local resident, who did not want to be named, said she heard multiple shots, which sounded like a ‘bomb’ exploding.

She said: "It's not nice. I've lived here for 40 years, and in the last two or three years it's become not a nice place.

"There are so many drugs, stabbings and killings."

A neighbour, who did not want to be named, told BBC Radio London that stabbings were common in the area.

The Tottenham resident said: "It's so violent around here. I nearly got stabbed the other day.

"If you've been around Tottenham a long time you get it."

One witness, who works in a nearby shop, said he heard three distinct bangs, which sounded like ‘fireworks’.

He said he saw the victim with blood on her chest sitting with friends following the shooting, before police cars and ambulances arrived.

Residents held an impromptu ‘celebration’ on the street of the girl's life until the early morning.

"We were out here until one o'clock in the morning," a neighbour said.

"It was really heart-breaking. We were here for ages but clearly she was already gone."

Formal identification has yet to take place, but the girl's next of kin have been informed of her death.

Police said they were called to the scene of the Walthamstow shooting in Markhouse Road shortly after 22:00 following reports of gunfire.

The 16-year-old boy was found with bullet wounds and taken to an east London hospital, where he remains in a critical condition.

The 15-year-old was also found at the scene with stab injuries and was also taken to hospital.

Police had initially given his age as 17, reports BBC.

There have been no arrests in either investigation yet.