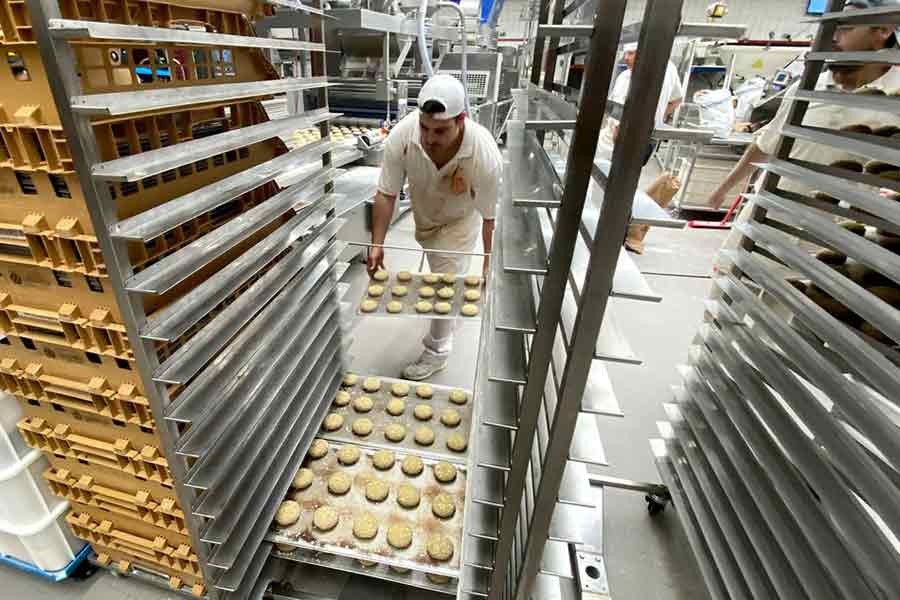 German bakery owner Peter Hemmerle is expecting his company's annual electricity bill to quadruple to 1.2 million euros as energy prices have risen since the outbreak of the war in Ukraine.

According to Reuters, his Heinz Hemmerle bakery in Muelheim an der Ruhr depends on electricity to run its kneading machines and cooling rooms, while its ovens run on gas, whose price has also rocketed with dwindling Russian imports.

The new electricity bill is due to kick in by the beginning of next year, Hemmerle said, rising from the 300,000 euros the company was paying before.

Rising raw material prices, such as for sugar, flour, milk and butter, are also weighing on the company, which employs 170 workers and operates 13 bakeries throughout city.

"Then there are the personnel costs, which have to increase so that our employees can also live on their wages," Hemmerle, the bakery co-owner, told Reuters.

The company is one of around 10,000 baking firms across Germany sounding the alarm that increased costs can no longer be simply passed on to customers who are already reluctant to buy the staple food with inflation almost hitting 8 per cent.

With a consumption of around 56 kg per household in Germany, bread is the number one staple food in Europe's biggest economy, famously proud of its bread culture and its almost 3,000 bread varieties from pretzels to pumpernickel. The trade has an annual turnover of around 15 billion euros.

"In the baking trade, many companies are up to their necks in water, they no longer know how to bear the costs," Daniel Schneider, the head of Germany's bakeries association, told Reuters.

In the neighbouring Netherlands, the surge in energy prices is also threatening a wave of bakery closures, industry lobbies warned on Tuesday, while businesses from sectors across the continent have been counting the costs.

Schneider said bakeries were trying to optimise their operations and the range of bread they offer. A switch to oil or electricity ovens is also an option but a costly and time-consuming, he added, expecting an increasing number of bakeries to close if energy costs did not drop rapidly.

"The bakery trade, with its regional, decentralised and sustainable food production and systemic relevance for the population, is facing one of the greatest challenges in its history." Schneider said.

Germany's ruling coalition on Sunday announced a 65-billion-euro relief package to help citizens and companies cope with inflation. Energy-intensive firms will get a total of 3 billion euros of that relief over this year and next.

"Without help from politicians, numerous companies face the end of their existence, which will not only cost jobs ... but also jeopardise the security of supply with basic foodstuffs," Schneider said.

Economy Minister Robert Habeck said on Thursday the government would create a broad umbrella of rescue measures for German companies and open up relief programmes for smaller businesses.

For Hemmerle, the rising prices are unlikely to push the company out of business but will cut profit and will make customers go for cheaper options instead of a fresh loaf.

"Understandably, people are pinching their pennies ... maybe at some point the good quality of the baker will no longer count, but the price is decisive. That's why I'm worried," he said.